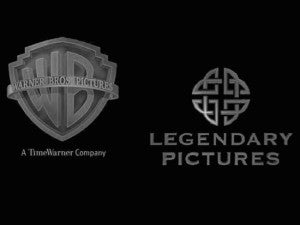 Warner Bros. and Legendary Pictures might be breaking up, but they've got one last date together at Comic-Con. In the just announced Saturday schedule for 2013 San Diego Comic-Con, Warner Bros. and Legendary Pictures will be sharing a panel together. For those hoping to read about plans for Man Of Steel 2 or Justice League, there's no indication that there will be any discussion on future DC Comics movies during the panel. But then again, Warner Bros. could be saving those announcements as a big surprise. Here is what is officially listed for the Warner Bros. & Legendary Pictures Comic-Con panel lineup. Legendary Pictures: Godzilla — An epic rebirth to Toho's iconic Godzilla, this spectacular adventure pits the world's most famous monster against malevolent creatures who, bolstered by humanity's scientific arrogance, threaten our very existence. Gareth Edwards directs Godzilla, which stars Aaron Taylor-Johnson, Ken Watanabe, Elizabeth Olsen, and Juliette Binoche, with David Strathairn and Bryan Cranston. The screenplay is by Max Borenstein, Frank Darabont, and Dave Callaham. Thomas Tull and Jon Jashni are producing with Mary Parent and Brian Rogers. Alex Garcia and Patricia Whitcher are the executive producers, alongside Yoshimitsu Banno and Kenji Okuhira. The film is from Warner Bros. Pictures and Legendary Pictures. Legendary Pictures: Seventh Son — The fantasy action adventure Seventh Son takes audiences to a time long past, where evil is about to be unleashed. Jeff Bridges stars as Master Gregory, a Falcon Knight who imprisoned the malevolently powerful witch Mother Malkin (Julianne Moore) years ago. Now escaped, she seeks vengeance, and Gregory has only until the next blood moon to train a new apprentice (Ben Barnes), the seventh son of a seventh son, to fight a dark magic unlike any other. Oscar nominee Sergei Bodrov directs an international cast that includes Alicia Vikander, Kit Harington, Olivia Williams, Antje Traue, and Djimon Hounsou. The film is from Warner Bros. Pictures and Legendary Pictures. Warner Bros. Pictures: 300: Rise of an Empire — From producer Zack Snyder, Warner Bros. Pictures and Legendary Pictures present a new chapter in this epic saga, based on Frank Miller's graphic novel Xerxes and told in the same breathtaking visual style as the blockbuster 300. Directed by Noam Murro, 300: Rise of an Empire takes the action to a fresh battlefield-on the sea-with a cast of both new and returning stars, led by Sullivan Stapleton, Eva Green, Lena Headey, Hans Matheson, David Wenham, and Rodrigo Santoro. Gianni Nunnari, Mark Canton, Zack Snyder, Deborah Snyder, and Bernie Goldmann produce, with Zack Snyder and Kurt Johnstad again collaborating on the screenplay. Warner Bros. Pictures: Gravity — From director Alfonso Cuarón comes the sci-fi Thriller Gravity, starring Sandra Bullock and George Clooney. Dr. Ryan Stone (Bullock) is a brilliant medical engineer on her first shuttle mission, alongside veteran astronaut Matt Kowalsky (Clooney). On a seemingly routine spacewalk, disaster strikes, leaving them completely alone-tethered to nothing but each other and spiraling out into the blackness. The deafening silence tells them they have lost any link to Earth…and any chance for rescue. As fear turns to panic, every gulp of air eats away at what little oxygen is left. But the only way home may be to go further into the terrifying expanse of space. Warner Bros. Pictures: The LEGO Movie — From directors Phil Lord and Christopher Miller of 21 Jump Street comes the first ever full-length theatrical LEGO adventure, The LEGO Movie, about a perfectly average LEGO minifigure named Emmet who is mistakenly identified as the most extraordinary person and the key to saving the world. He is drafted into a fellowship of strangers on an epic quest to stop an evil tyrant, a journey for which he is hopelessly and hilariously underprepared. The original 3D computer animated story stars Chris Pratt, Will Ferrell, Elizabeth Banks, Will Arnett, Nick Offerman, and Alison Brie, with Liam Neeson and Morgan Freeman. The Warner Bros. & Legendary Pictures Comic-Con panel takes place on Saturday July 20, 2013 from 10:45 AM to 1:15 PM in Hall H.