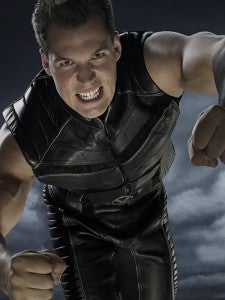 Daniel Cudmore, the actor who played Colossus in X2: X-Men United and X-Men: The Last Stand, says that he'd love to work on X-Men: Days of Future Past, but that he has no clue whether or not producers are going to ask he or other members of the previous films's cast back. Asked questions about a sequel to X-Men: The Last Stand in an interview with Comic Book Therapy, he gave a telling answer:

"The movie industry is funny in the fact that unless you are at the very top of the totem pole, you don't really know a lot. You go to work and do your thing and then if something more than whatever you did is going to come about, you hear about it later on but I didn't really hear much rumblings about whether or not is was going to be any bigger for some of our characters. I know they were setting it up so that there is the potential if they ever wanted to go down that avenue they could. At the end of the day, I'd love to reprise the role but I'm on to other things and I'm constantly working."

They followed up with a specific question about his character appearing in Days of Future Past, which prompted Cudmore to answer, "I don't know, I'd love to. If they're into it I'm down. Again, at the end of the day it's really up to the big wigs of Hollywood on what they want to do. You just kind of smile and go with it." X-Men: Days of Future Past is the sequel to X-Men: First Class. The film is rumored to be directed by X-Men and X2: X-Men United director Bryan Singer after its co-writer and planned director, Matthew Vaughn, pulled out last week. The film is scheduled for release July 18, 2014.

Will X-Men: Days of Future Past Feature Collosus? The Actor Hopes So