Ed Piskor's X-Men: Grand Design debuts this week, and it is one of the most ambitious projects from Marvel Comics this decade. Piskor, best known for his work for his historical analysis of hip-hop in Hip Hop Family Tree, is tackling the massive canon of the X-Men in a series of oversized issues. The goal of the series is to summarize a formative length of the comics series, primarily defined by writer Chris Claremont's guidance of the property, and put hundreds of issues of material into only six new additions. It's a concept that is part Official Handbook of the Marvel Universe, part history of Marvel Comics, and part artistic experiment. Above all else, it's a new take on the publisher's strengths.

This led us to ask what other properties at Marvel Comics might benefit from a "Grand Design" in which an artist whose experience lies primarily outside of superhero comics attempts to capture the essence of what they love within a single idea. If Piskor's comic is a hit, then Marvel might consider reaching out to more auteurs and requesting their own takes on decades old superhero concepts. We've selected ten Marvel Comics teams or characters ripe for a grand re-design along with artists that would make for a great fit.

So click ahead to find out what dream projects we've imagined.

There's no more fundamental or epic tale in Marvel Comics than that of the Fantastic Four. It's the foundational text of the superhero universe, and one that could certainly use some summary as the team is preparing to return. MacLean's bold work and bombastic designs in comics like Head Lopper make him an excellent choice to capture the essence of Jack Kirby, his wide array of inventions, and the many artists to follow. This is one franchise that could use a bold reimagining to introduce a new generation of readers.

Ghost Rider is a character that only seems simple when you're given the elevator pitch. Once you start to look more closely, the various flaming skulls that compose this franchise create quite the complex narrative. It's a story of heaven, hell, and a whole lot in between that could be summarized wonderfully by the detailed, gnarly linework of James Stokoe. Ghost Rider deserves to look as insane as it sounds and have the many layers of its story brought together for further exploration.

The New Warriors have often gotten short shrift, but they have a long and storied history within the Marvel Universe, even if much of it is forgotten. It's the ultimate teen comic that embraces the silliness and angst of those adolescent years. That's why Gale Galligan would be the perfect choice to both capture the joy of this team and distill their history into an all-ages story, just as she has with another classic franchise: The Babysitter's Club. The New Warriors deserve a comeback, and this could be the way to pull it off.

Spider-Man is a character that gives the entire team of X-Men a run for their money all by his lonesome when it comes to being complicated. Just say the words "Clone Saga" at any comic book store and see how people react. His complete history is worthy of a clever synopsis, and no artist today is better suited to capturing the frenetic energy and soulful pining of Peter Parker's tale than Michel Fiffe. The idea of Fiffe covering each decade of Spider-Man's existence is truly something special.

There's a reason Sonny Liew is attached to this concept, and it is all about the success of his comic The Art of Charlie Chan Hock Chye. There isn't much to The Champions at Marvel Comics, but the history behind the page is even more fascinating than the oddball combination of characters in the series. Liew could tackle both the real history of this comics' creation, the crazy state of Marvel Comics at the time, and the strange adventures of this L.A.-based team in a fascinating combination of plots and art styles. 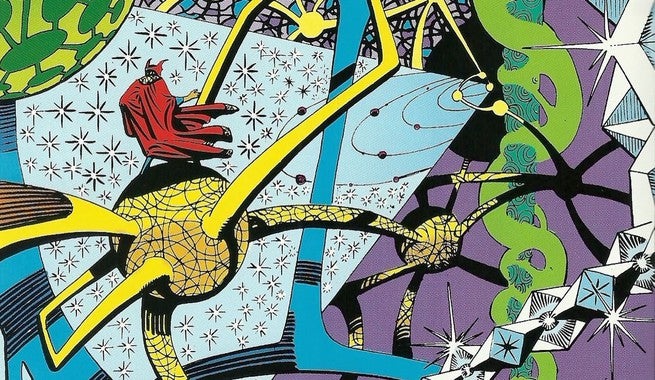 While Doctor Strange may not have the most complex history, he (appropriately) has one of the strangest. The wide array of villains, dimensions, and tools require some in-depth explanation, and Michael DeForge could deliver this in as fascinating a fashion as Steve Ditko did almost 50 years ago. His geometric figures and matter-of-fact storytelling would be a perfect match and capable of enhancing some already iconic designs.

The Hulk has as long of a history as almost any Marvel Comics characters, and it is jam-packed with monsters and incredible variations of his own basic form. There are few superheroes as artist driven as The Hulk, and that's what makes James Harren a perfect fit for encompassing his complete history. From the earliest, boldest moments to the bizarre foes of more recent years, Harren could truly make this book as fearsome and bold as its odd protagonist.

Cloak and Dagger have become one of Marvel's most underrated duos, flitting between different conceptions of who and what they ought to be within the world -- whether it's victims of drug abuse or overwhelming protectors of the night. The hook through all of their stories is the emotional honesty and romantic ties. That's why Tillie Walden would be a great artist to capture the entirety of their epic tale. Focusing on these two as people rather than superpowered Spider-backups might lend them a new, well-deserved life.

Kang the Conqueror is far from the most loved Avengers villain, primarily because he tends to be more confusing than anything else. His insanely complex history requires an approach capable of distilling lots of information plainly and in non-traditional formats. That's why Kang has to be the feature of Chris Ware's next coffee table book. Imagine the fold outs and diagrams that could be formed from this villain's history; there's more than enough to keep Ware busy for years.

Dracula is one of the most fascinating characters in the Marvel Universe. It's not because of how complicated he is, but because of the many forms he has taken within a variety of roles. Setting him against Blade, Doctor Strange, and the X-Men has seen this classic horror villain become entirely different things. Watching a master like Emily Carroll unpack the different forms of his terror throughout the decades would be a true delight.

10 Franchises Marvel Comics Should Provide With a "Grand Design"