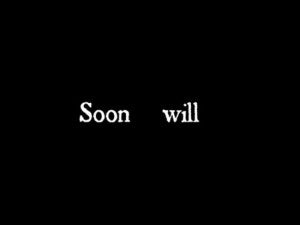 J.J. Abrams certainly knows how to get the Internet talking. After releasing a mystery trailer today, everyone seems to have their own theory about what project J.J. Abrams is teasing. Most of the speculation seems to revolve around J.J. Abrams' upcoming NBC TV Series Believe.

It’s a good theory, because the man stumbling in the water has long hair, just like Jake McLaughlin does in Believe. The tone of the trailer also fits with the supernatural storyline of Believe, which involves a wrongfully imprisoned death row inmate, who is broken out of jail to protect an orphaned girl with special powers.

In fact, the trailer fits so perfectly with Believe, it’s hard to believe that J.J. Abrams would release something so obvious as a mystery trailer. Plus, Believe already has a trailer, so why would there be a need for a mystery trailer? Wouldn’t it just upset fans for J.J. Abrams to mystery tease a project he has already announced?

Another theory revolves around Twilight Zone’s Rod Serling’s final screenplay, The Stop Along The Way. J.J. Abrams' Bad Robot recently acquired the rights to the work, and he was reportedly going to develop it as a TV miniseries. The feel of the trailer is very reminiscent of the Twilight Zone, so it would make a lot of sense that the teaser might relate to something by Rod Serling.

There are also some theories that it could be related to either Star Trek 3 or Star Wars Episode VII. Initially, we thought it couldn’t be related to either of those projects, because the tone doesn’t fit what we might expect for those projects. But we know J.J. Abrams is all about including Easter Eggs and clues in his work, so we studied the trailer closely, and we noticed what could be a Star Wars Easter Egg.

At the end of the trailer, the words “Soon he will know” appear. The word “know” disappears first, followed by the word “he,” leaving the words “Soon will.” Of course, the first letter in the words “Soon will” are “S” and “W,” which could be an Easter Egg hinting at Star Wars. There have been lots of rumors that Disney might drop Star Wars news soon to pacify Star Wars fans upset by the lack of news at D23 Expo. Could this creepy trailer actually tie into Star Wars Episode VII in some way?