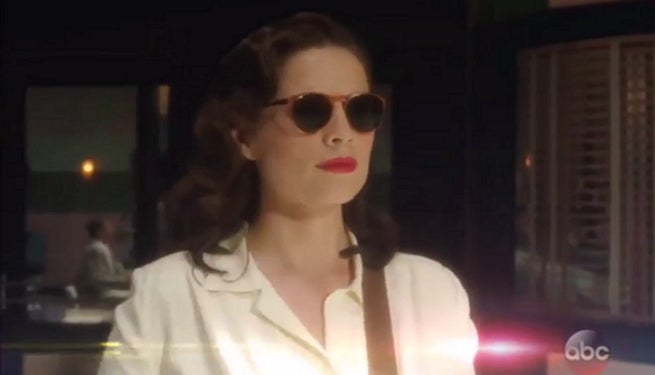 The promo casts Peggy Carter as part of “ABC’s tradition of powerful women,” along with Alias’s Sydney Brostow and Scandal’s Olivia Pope.

When old acquaintance Howard Stark (Dominic Cooper, Marvel's "Captain America: The First Avenger”) finds himself being framed for unleashing his deadliest weapons to anyone willing to pony up the cash, he contacts Peggy - the only person he can trust - to track down those responsible, dispose of the weapons and clear his name. He empowers his butler, Edwin Jarvis (James D'Arcy, “Master and Commander: The Far Side of the World”), to be at her beck and call when needed to help assist her as she investigates and tracks down those responsible for selling these weapons of mass destruction. But Jarvis, who is a creature of habit and sticks to a rigid daily routine, is going to have to make some major life changes if he’s going to be able to keep up with Peggy.