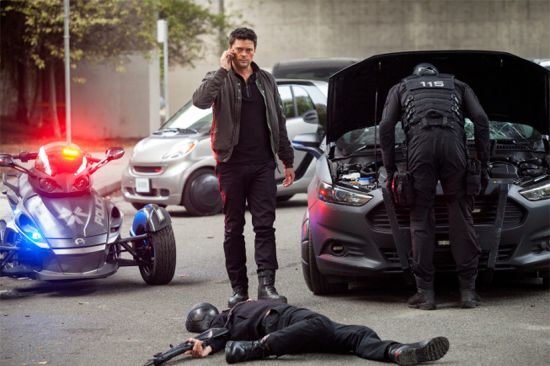 The first clip is just a compilation of various scenes, along with rave reviews from critics. In the second clip, Kennex pays Valerie a visit while she gathers evidence for Rudy. In the third clip, Kennex grows impatient waiting for Dorian and gets his first glimpse at what goes on in the android living quarters. In the fourth clip, Kennex and Dorian are tasked with protecting the only remaining witness in a murder trial. In the fifth clip, Dorian asks Kennex if Captain Maldonado would give him his own place. In the sixth clip, Captain Maldonado faces off with the defendant, who tries his best to get under her skin.