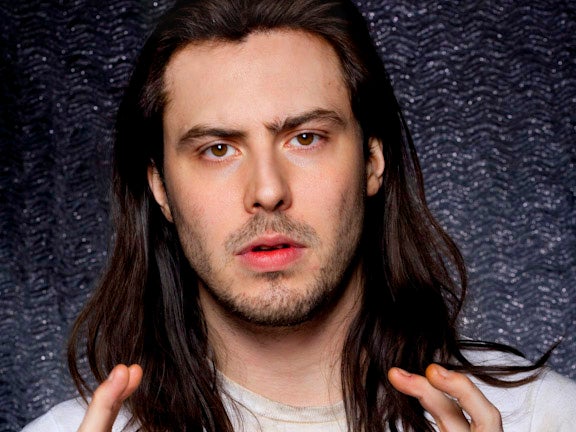 Singer-songwriter Andrew WK has teamed with Marvel Entertainment for a special "lost episode" of their comedy webseries What The--?!.

"My state of mind was that I was so excited to be at Marvel that I was sort of delirious with just...I felt very lucky, very fortunate, very amazed," the famed party rocker told Marvel.com. "I felt like I could count like a dozen friends of mine who would have given anything to be there with me at that moment. I felt like I was sort of representing the excitement of all kinds of people who had been Marvel fans their whole lives and it was one of those very meaningful life experiences that I couldn't believe that my life had led to this moment. I never dreamed that we would get to actually work on something official together. So yeah, I don't even remember. I would never have the nerve to suggest, 'Oh here, make a very heavily involved, time-consuming stop motion animation video for me.'"

You can check out the video above, courtesy Marvel.com.

Andrew WK Teams With Marvel For What The--?! The Lost Episode