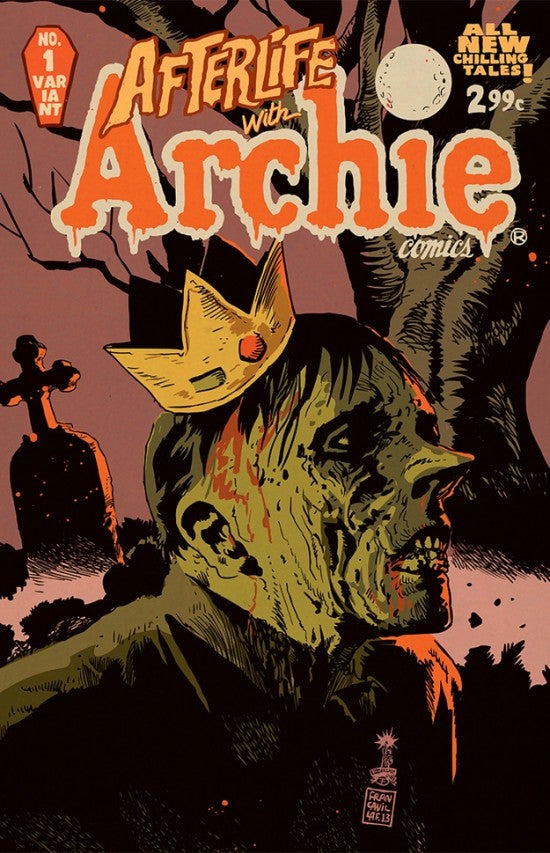 Comics, TV and stage writer Roberto Aguirre-Sacasa has been hired on as Chief Creative Officer for Archie Comics Publications and will be put in charge of developing Archie characters in other media, the New York Times reports. The writer, currently working on Afterlife With Archie, a title launched in the wake of his best-selling miniseries Archie Meets Glee, has been one of the top sellers for the publisher, having brought years of experience in other media as well as writing licensed The Stand comics for Marvel to the (generally) all-ages publisher. "We thought it was potentially a great idea, but I don't think any of us were prepared for the weird lightning-in-a-bottle response. Teenagers and horror: what a great combination," said Aguirre-Sacasa of Afterlife. Jon Goldwater, the publisher and co-chief executive of Archie, told the Times he wants to give the new CCO some freedom. "My marching order, so to speak, is you have a blank canvas," he said. "I'm going to let Roberto be the guy to blow the whistle and start the race." Aguirre-Sacasa admitted the educating the world outside of comics on Archie's character library, which includes Josie and the Pussycats, Sabrina the Teenage Witch and the Red Circle superhero characters, is a priority. The paper also notes that Aguirre-Sacasa's 2003 play, "Weird Comic Book Fantasy," was initially named "Archie's Weird Fantasy," and featured the main character struggling with coming out. The publisher took issue with a depiction they worried would tarnish the family-friendly Archie brand and sued to force a title change.