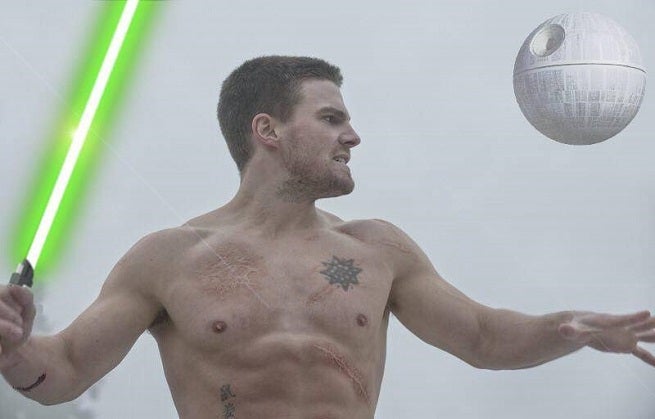 Arrow star Stephen Amell, known for intimate and entertaining interactions with fans on social media, took a cue from one of his subscribers this week and encouraged others to join in for "Lightsaber Saturday," in which Facebook users would manipulate Arrow photos, adding Star Wars props.

The idea came from a fan who added a lightsaber to one of the midseason finale teaser photos (seen above), and Amell liked it so much he encouraged more to participate. He already has standing, weekly fan art challenges on his Facebook page. Of course, this isn't the first time someone has thought to put together Arrow and the Star Wars Universe, either. David Jones, whose fan art has occasionally been good enough to fool news outlets into think it's official, recently produced two episodes of Arrow Jedi on YouTube doing just that.

You can see a few of them above and below, or a full gallery at Amell's Facebook page. Many of them are pretty awesome. 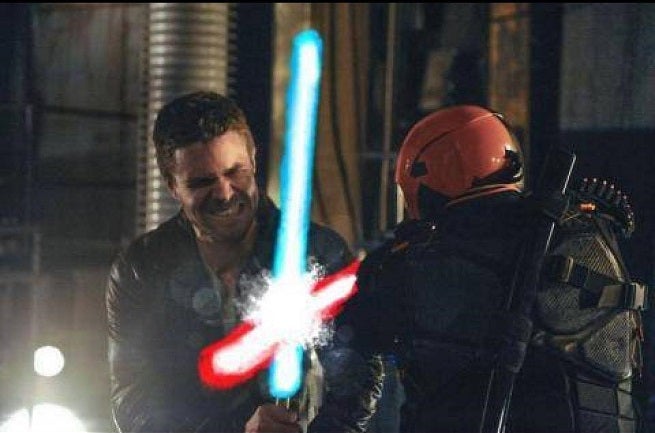 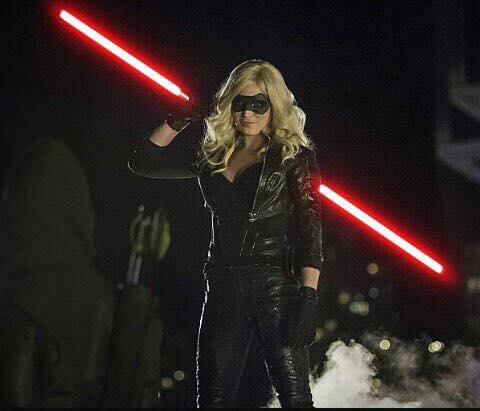 Arrow's midseason finale will be Wednesday at 8 p.m. ET/PT on The CW. He'll face off against Ra's al Ghul while Team Arrow hurries to solve the mystery of Canary's murder before the League of Assassins can retaliate for her death against the city.