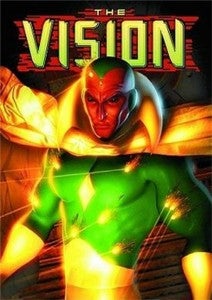 While everyone knew that the Avengers 2 was in the works, the signing of Joss Whedon to direct and the announcement of a May 1, 2015 release date means casting could start soon. If Disney wants to add any more big name stars to the sequel, then they will need to work things out well in advance to make sure those stars are available. There has already been much internet speculation about who fans want to see playing what role, and even some stars look like they might be campaigning for a particular role. Here are five rumors about possible new casting choices for The Avengers sequel.

Nathan Fillion As Ant-Man – While Nathan Fillion has downplayed the idea that he will play Ant-Man, fans of the actor are still clamoring to see him in the role. Joss Whedon also gets some of the credit for keeping this rumor going, as he jokingly announced at Comic-Con a couple years back that Nathan Fillion would play Ant-Man in the first Avengers movie. Of course, with an Ant-Man movie now announced, it will likely be director Edgar Wright who casts Ant-Man (even though Joss Whedon might have some say as well given his new exclusive contract with Disney).

Vin Diesel As The Vision – The possibility of Vin Diesel playing the Vision came out of the blue, as in the popular blue-border Facebook fan page of Vin Diesel where his profile picture was updated to an image of the Vision. Is Vin Diesel being considered for the role? Or is he just campaigning for the role? No one knows for sure, but he would definitely add some more star power to a movie already filled with stars.

Olivia Munn As The Wasp – Black Widow was kind of lonely in The Avengers, and The Avengers sequel definitely needs to add another female character. The Wasp seems like one of the most likely choices, and Olivia Munn is definitely a familiar name among comic book fans. She was rumored to be under consideration for the role of The Wasp a couple years back, and her career has only gone up since that time. With a recent appearance in the movie Magic Mike and her regular role on the HBO series The Newsroom, she just might be ready to make the leap to a big blockbuster film like the Avengers 2.