Marvel Studios have released the first official images from Avengers: Age of Ultron, which aired during the Marvel Studios: Assembling a Universe special that just concluded on ABC.

In the images, fans get looks at The Incredible Hulk and Black Widow working (apparently a S.H.I.E.L.D. mission together...and their first sense for what Quicksilver and Scarlet Witch will look like in the film.

Played by Aaron Taylor-Johnson and Elizbeth Olsen, Quicksilver and Scarlet Witch are rumored to be popping up in a Joss Whedon-directed post-credits sequence to Captain America: The Winter Soldier, in an apparent attempt by the studio to beat 20th Century Fox (who jointly holds the rights to the characters and plans to use Quicksilver in May's X-Men: Days of Future Past) to the screen.

In an odd twist, Taylor-Johnson and Olsen, who play twin siblings in Age of Ultron, just wrapped production on Godzilla, Legendary Pictures's latest iteration of the famed Japanese kaiju franchise, in which they Olsen is Taylor-Johnson's love interest. Equally odd is that Evan Peters, who will portray Quicksilverin X-Men: Days of Future Past, co-starred with Aaron Taylor-Johnson in the Kick-Ass movies, based on Mark Millar and John Romita, Jr.'s creator-owned comics published by Marvel. 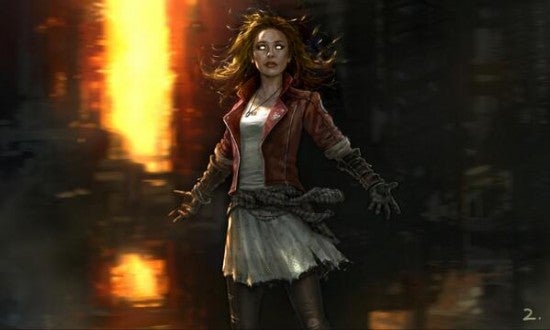