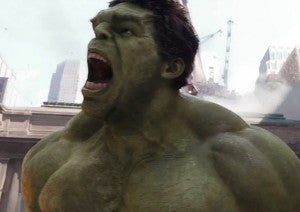 Some time in the next couple of days The Avengers will become the third movie in history to cross the $600 million mark at the U.S. box office. Based on early estimates from Box Office Mojo, The Avengers will finish this weekend with a total gross of $598,300,000.

Assuming that this forecast holds accurate, The Avengers will accumulate another $49,598,530 at the box office through September and will finish with a total of $640,846,311 at the U.S. box office. Once The Avengers falls below half-a-million per week, it’s also likely that it will be pretty much finished with its theater run.  Now, granted this is an inexact science and the decline percentage might not hold, but that $640 million certainly seems like a pretty reasonable forecast. The Avengers could wrap up its theatrical run early once more comic book movies start to hit and fall lower, but it's unlikely to come in higher than this forecast.