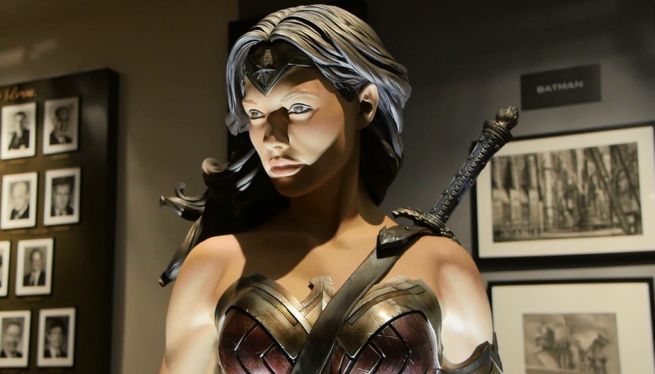 Also, on Monday, Bleacher Report debuted the first up close video footage of the new Batmobile in Batman V. Superman: Dawn of Justice. In addition to the Batmobile, the footage also contained a look at the new Batman, Superman, and Wonder Woman costumes from the film. Now, Bleacher Report has provided Comicbook.com with some B-Roll footage of the costumes, which provides a much more detailed look.