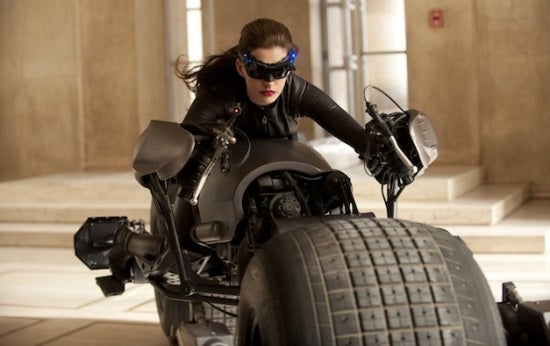 It seems that Anne Hathaway would be open to the idea of reprising her Catwoman role from “The Dark Knight Rises,” or even headlining a solo film for the character.

"I would love it if that happened," Hathaway told MTV. “No one’s talked to me about it and I think its probably not going to happen, but that would be pretty cool.”

So the chances are slim, but the actress is willing, and she’s not the only one. As reported earlier, Eliza Dushku – who voiced Catwoman in the “Batman: Year One” animated feature – said that she would like a chance to play Catwoman in “Batman vs. Superman.”

Hathaway is currently promoting her new animated film, “Rio 2,” which co-stars Jesse Eisenberg, who will play Lex Luthor in “Batman vs. Superman.”