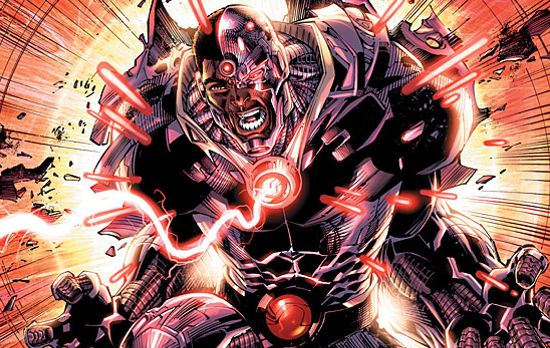 Henry Cavill may have just dropped a major scoop for Batman Vs. Superman...or he may not have. In a new video to promote the Man of Steel DVD & Blu-Ray release in the UK, Cavill talks about the Easter Eggs that appeared in Man of Steel.

“On the extras on the Blu-Ray, we’re going to get the opportunity to see Zack’s references to other aspects of the DC Universe. There’s one obvious one, which is now particularly obvious because of our next installment, which is involving Batman as well. We see Bruce Wayne Enterprises on the satellite in space. We also see some references to LexCorp,” said Cavill. “I have no actual further knowledge of this next story, so there’s a good chance that Lex is going to be introduced either soon or at some stage.”

Even though Cavill says he has no further knowledge of the next story, he likely at least knows more than the general public. Goyer has stated that they are further along on Batman Vs. Superman than most people realize, and some scenes have even already been shot. Cavill probably has seen at least a partial script by this point. Taking that into consideration, his next comments are very interesting.

“What really intrigued me was Dr. Emil Hamilton’s references to S.T.A.R. Labs. Cyborg I think would make a wonderful character, and an incredible bridge between both superhumans and humanity in a different way to Batman. And so I don’t know where he’s going to come in or if he’s going to come in, but that’s one I’m particularly excited about,” added Cavill.

Of course, S.T.A.R. Labs was a part of the Superman story before Cyborg was ever introduced, so the fact that Cavill would specifically call out Cyborg is very interesting. Here’s something else to think about. Victor Stone, who became Cyborg, was a high school football star. The first Batman Vs. Superman scene was shot at a football stadium.