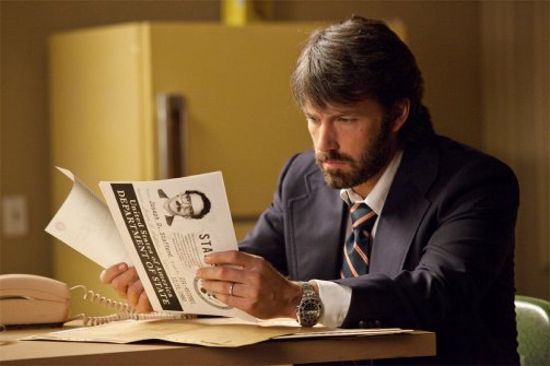 After the Man Of Steel DVD & Blu-Ray live fan event, host Kevin Smith revealed that Zack Snyder showed him a sneak peek photo of Ben Affleck in the new Batman costume for Batman Vs. Superman.

Smith said, “You have not seen this costume in a movie on film before. It is…and for a comic book fan it was mindbending. I was like get the **** out of here. Only you [Zack Snyder] have enough power to pull this off, man, because everyone always does this ****ing matrixy kind of slash X-men black armor thing. There wasn’t a single nipple on this ****ing suit, man.” As first reported on Comicbook.com, Smith also revealed that the new Batman suit looked like a Jim Lee design.

In a new interview with Entertainment Weekly to promote the extended cut of Argo on Blu-Ray, Ben Affleck carefully dodged a question about the new Batman suit. Instead of revealing any specifics about the Batsuit, Affleck instead took the opportunity to praise director Zack Snyder.

"What I’ll say is that I really like Zack. From what I’ve seen of what’s Zack is doing, it’s made me very excited. One of the nice things about being an actor in that movie is they show you all the stuff before anyone else gets to see it. So all the sort of world-creation, and the take on the character and the other characters is really exciting," said Affleck. "And at the end of the day, the truth is it’s really directors that make movies work or not — especially these kinds of movies, where it’s about the whole world, and a rising tide lifts all ships. And if it all has integrity, if it all has a sense of realism, then it works. And if it doesn’t, than it doesn’t really matter what everyone’s doing [on the screen] because they just look like a bunch of Mexican wrestlers in suits."

Reading between the lines, Affleck's comments could be a sly way of addressing criticism of his performance in Daredevil. Affleck is pointing to the director as the critical component of whether a superhero movie works or not. The difference between Daredevil and Batman Vs. Superman will be that Zack Snyder is directing Batman Vs. Superman.

Ben Affleck Says It's Up To Zack Snyder To Make Batman Vs. Superman Work