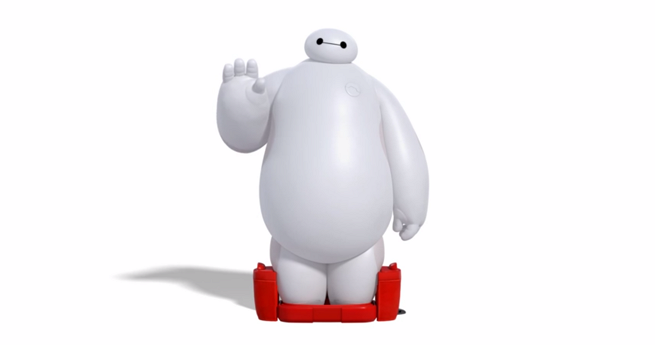 Marvel has released a new video introducing audiences to Baymax, a character in the upcoming Big Hero 6 film.

In the video, Baymax, literally, just pops in to say hello.

Baymax is the robotic creation of Hiro Hamada in Big Hero 6. The film version of the character looks significantly different than the comic book version, which resembled a scaled-down kaiju.

Hiro and Baymax are two of the six heroes who will come together to defend the city of San Fransokyo when Big Hero 6 comes to theaters on November 7.