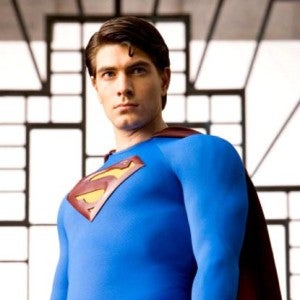 Over the last couple months, we've heard what two past Lois Lanes had to think about the Man Of Steel. But what about a former Superman actor himself? In an interview with Chicago Now, Superman Returns star Brandon Routh finally shares his thoughts on the Man Of Steel.

The most surprising revelation is that the former Superman actor has not seen the new movie based on the character that he is most known for playing, but Routh does have a good excuse for not seeing the film. Routh said, "With a new born baby I have not been out of the house much to see movies, but I have heard a lot about the film."

Now, granted we can understand the challenges of movie-going with a new born baby, but Routh has been out of the house appearing at conventions, so one has to wonder if he might not be too anxious to see the Man Of Steel. Somebody needs to find Superman a babysitter.

Even though Routh hadn't seen the movie, he did have an opinion. Routh said, "It seems to me that they were given a note that more action was wanted. It tried to make up for what Superman Returns lacked, but at the same time what Superman Returns had perhaps Man of Steel lacked.  You can’t get 100% success. To reach to far toward one crowd, you miss another audience or age group. It is difficult to be a movie executive."

Brandon Routh Hasn't Seen Man Of Steel, But Thinks It Lacks Some Of What Superman Returns Had