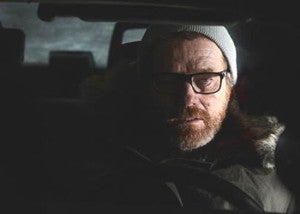 Bringing a popular, long-running TV franchise to a close is never an easy task. More often than not TV series finales fail to live up to expectations and wind up disappointing the fan base. However, in the case of Breaking Bad, Vince Gilligan appears to have delivered the rare TV series finale, which wound up pleasing just about everyone.

Now, some have theories that there might have been a secret twist, where the Breaking Bad finale was either a dream or hallucination, but those are just theories. The question does remain however if there were any other possible endings that were considered for Breaking Bad.

In an AMC Q&A, Breaking Bad creator Vince Gilligan revealed that there were indeed some other endings that crossed his mind. “I had a lot of worries along the way that we weren’t going to come up with a proper ending,” explained Gilligan. “We had this image for the longest time that was more or less the ending that you saw — except that instead of going to the meth lab, Walt went on and stumbled down the street and collapsed and he died on his own in a hospital hallway without anybody realizing who he was.”

While that ending wasn’t too far from the actual ending, Gilligan also considered some wildly different endings. “Or we had a version where Walt actually survived and maybe Skyler or Junior and the whole family were wiped out,” said Gilligan. “Stuff like that we considered but probably didn’t think about for too long because our guts told us that was just too dark and too depressing.”

Why did they ultimately choose the ending that they did instead? Gilligan explained, “We wanted the right balance of Walt paying for his sins and yet we wanted some sort of a note of triumph at the end of it all. He got a whole lot of money to his family; trouble is he’s destroyed his family in the meantime. Even the pick of the final song of the series reflects that – the Badfinger song has got a tinge of sadness to it and yet the chord structure is almost kind of triumphant.”

What do you think about the alternate endings? Would it have been as good an ending if Walt survived, but his family died?