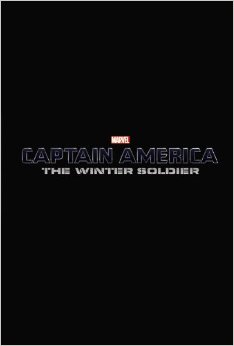 According to an Amazon listing discovered by ComicBook.com, the Captain America: The Winter Soldier Prelude graphic novel, due in stores in March, will take a somewhat different approach than the recently released Iron Man 3 and Thor: The Dark World prelude comics.

In each of those books, creators with ties to the cinematic side of the Marvel Universe (writers Christos Gage for Iron Man 3 and Christopher Yost for Thor: The Dark World) took on entirely new stories that ran for two issues each and included Easter eggs tying them into the existing movies...but no real connection to the Marvel Comics Universe.

Here, though, Marvel seems to be offering a kind of "Winter Soldier's Greatest Hits" album, featuring writing by Stan Lee, Ed Brubaker, Peter David and Mark Millar and including an Infinite Comic--something that Marvel had originally planned not to print, since they were designed for the digital format.

This approach arguably makes a lot of since given the fact that--as Brubaker has pointed out in the past--this is the first time Marvel has done a film that's ostensibly a direct adaptation of a specific comic book story. When the screenwriters were creating their own tales for previous movies, it likely made sense to craft a Prelude book around it to avoid having to sloppily work around the differences between the comic book source material and the film's universe. Here, though, they're trying to retain some of the tone and approach of the comics and paying someone to just reproduce comics that have already been publisher probably seemed like a fool's errand.