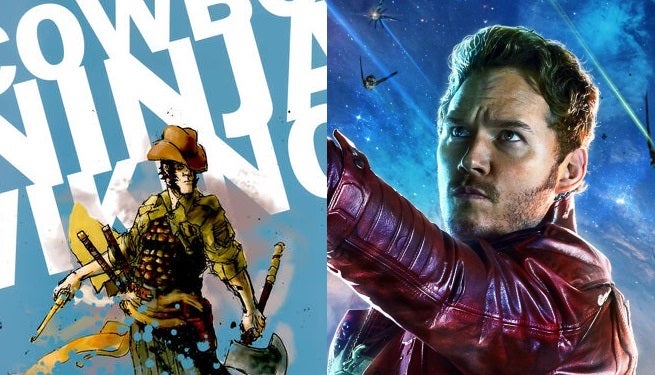 Chris Pratt has confirmed that he has been cast in the film adaptation of Cowboy Ninja Viking.

Pratt will play Duncan, a Multiple Personality Disorder patient forcibly turned into a Triplet assassin, so named for having three separate personalities with three separate skill sets: a cowboy, a ninja, and a Viking. The plot involves Duncan escaping from the government agency that handles him, and hunting down the billionaire who backs the program.

Pratt confirmed the news on Twitter, as seen below:

“@jbkelly80: @prattprattpratt pic.twitter.com/lNR1NYxT56” YES! But who is our director? That is the question. Who do u think it should be?

The film is based on the graphic novel of the same name, by A.J. Lieberman and Riley Rossmo. The book is currently sold out at Amazon. It could be coincidence, or it could be a sudden bump in interest thanks to Chris Pratt’s involvement with the film adaptation.

As Pratt mentions, the film does not currently have a director attached. Feel free to tweet him your thoughts on who should direct.