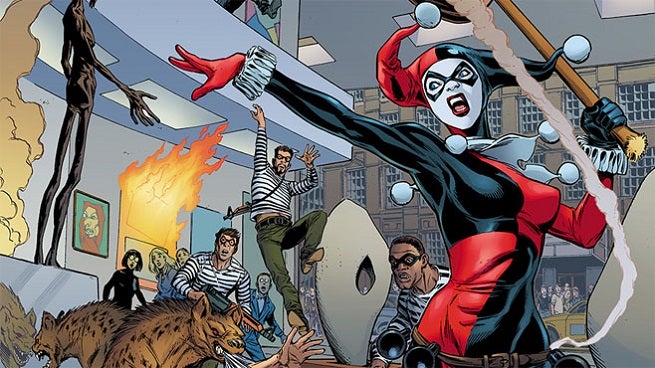 A surprise hit for DC Comics over the last year or so, Jimmy Palmiotti and Amanda Conner's Harley Quinn has turned The Joker's #1 gal and turned her into one of the best-selling characters in the publisher's porfolio.

So, of course, even though she's a fairly new character without the decades of history that are informing much of Convergence, it wasn't like they were going to let a month go by -- let alone two -- without a Harley Quinn comic on the shelves.

...That seems like a very straightforward kind of book. 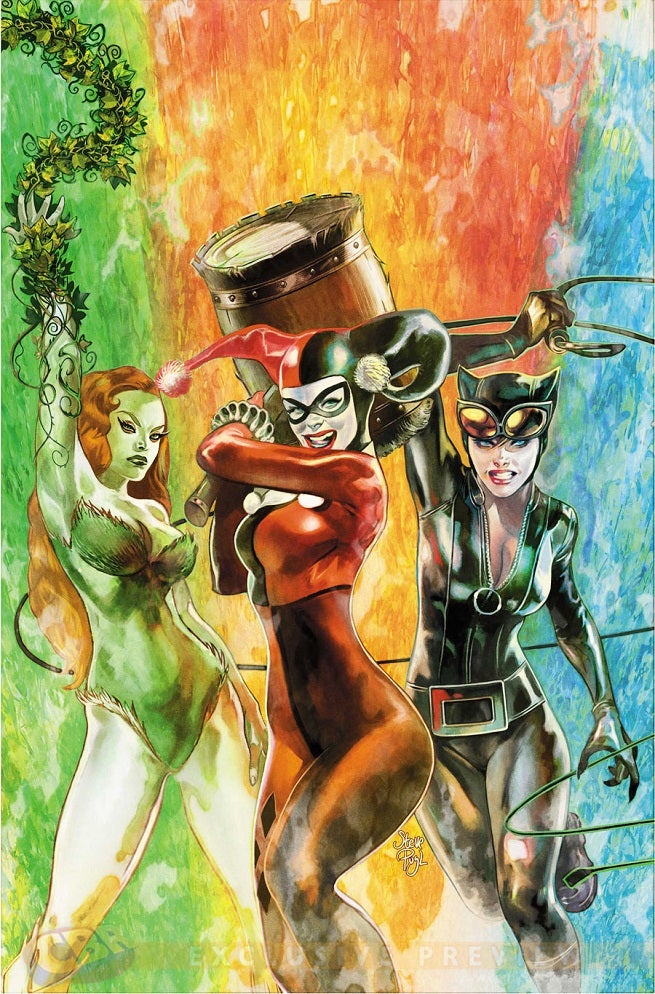 First of all: Harley Quinn and Captain Carrot just sounds like an inherently hilarious and fun comic. Whose idea was that combination?

When we were invited to make pitches for the stories there was this huge list of all the available characters and situations to choose from and Captain Carrot and Harley Quinn just jumped off the page at me. It seemed the perfect combination, and out of everyone in the DC universe Harley seemed the least likely to be phased by gladiatorial battle with a giant rabbit.

What about Convergence drew you in, or did you find appealing?

I think the idea that you could just take this bucket of DC history and just empty it out on the floor and start smashing these characters together was irresistible! For the books and characters that had long runs it's a chance to catch up on what they been up to, and for the more obscure characters and locations it's a great chance to revisit them with new purpose.

Since Harley is still around in the New 52 and still essentially herself, what are you doing to differentiate the character appearing in your book from the one in Jimmy and Amanda's to make it more than just “Harley goes to Telos?”

I'm not sure that's entirely the case, Jimmy and Amanda have made Harley their own character and brought a lot of their own sense of humor and adventure to her. The Harley who was around in the Gotham Sirens book before the new 52 was subtly different. The world she lived in was made grittier by the involvement of Catwoman and Ivy and she was able to settle into an almost little sister type roll with them. When we join Harley she's lost that support and had to find her own place in Gotham, and her own purpose. 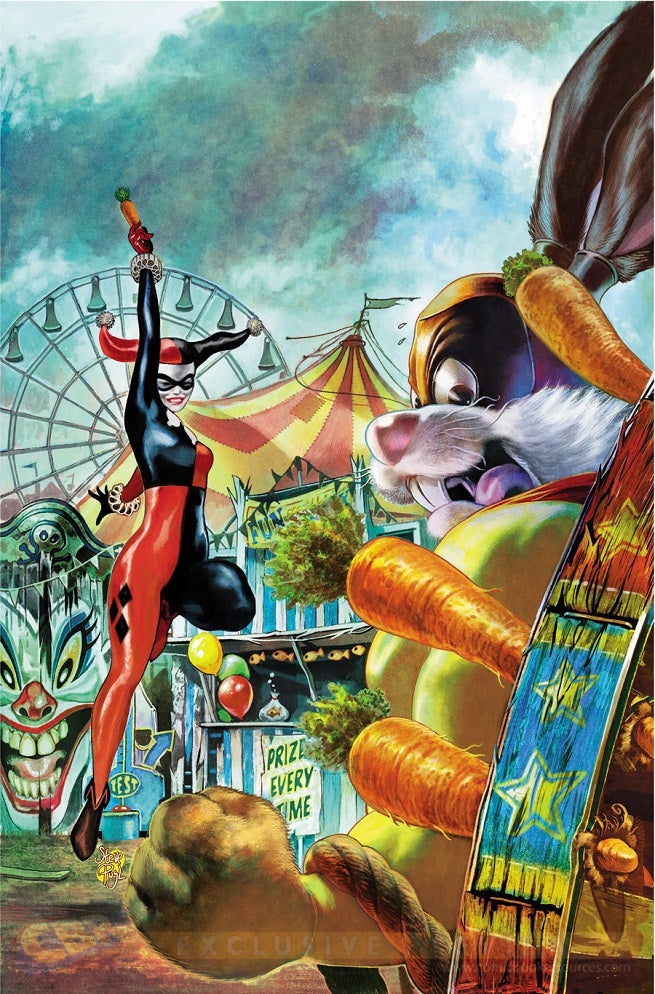 Obviously, the three ladies at the center of this story have been grouped together before in fairly recent publishing history. What's their dynamic like?

I think at their core they are all conflicted, Catwoman is the cynical idealist, ivy is a very angry person but cool and controlled, and Harley is still an innocent, although that innocence balances on the edge of a very deep well. Their friendship gives them strength it's a very important connection in their lives that they've lost since the dome appeared.

It almost sounds like the city being sealed off and captured has been a godsend for Harley up until Ivy and Selina show up. Is that a fair assessment?

The domes have made Gotham a very different place. It’s given people the opportunity to reinvent themselves and Harley is building the beginnings of an actual life without the costume. She sees the dome as a protector, as something that's looking out for Gotham, perhaps protecting it from some disaster that has happened to the outside world. She has a sort of giddy optimism that’s crushed when she finds the true nature of the dome and its creator. Selena and Ivy have to pick up the pieces and put them back in the Harley Quinn costume if there's going to be any chance for Gotham.

How did you end up on this particular book? I don't know that a lot of fans would have lined you up with Harley.

I was encouraged to make a pitch by Marie Javins, my editor. We'd worked together on my Hotwire books and she felt I had an aptitude for female characters. It was a bit of a longshot, I've never written a script for another artist before, but I thought it would be interesting to try. As far as I was concerned I was just making up the numbers but the pitch seemed to capture their imagination and quite unexpectedly I got the job. 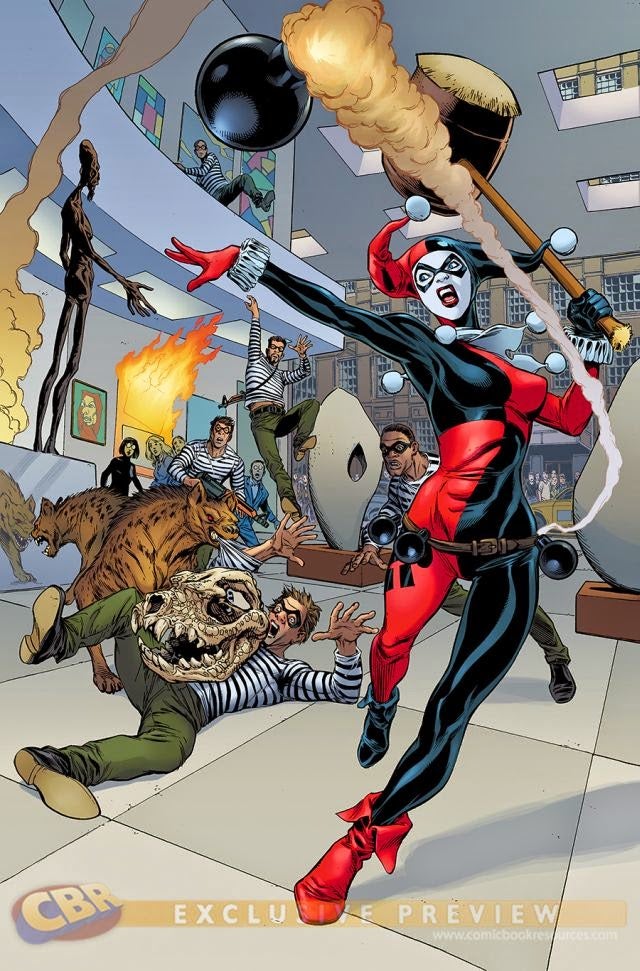 What's your elevator pitch for this book?

The original pitch for this book was actually considerably darker. It didn't originally have Catwoman and Ivy in it and was more a psychological thriller about Harley struggling with her inner demons. Unsure about what was happening inside her head and what was happening in the real world, and then the giant rabbit shows up and sends her spiraling. Anyway, I got the job and it was decided to do something lighter with all the Gotham Sirens characters so I cheered it up!

If somebody is trying to weigh it against the other 39 Convergence books and 50-odd Secret Wars books, why should they buy this one?

With these kind of projects, It’s very difficult to get a good, satisfying story going while servicing the needs of the crossover event, but I think we do a pretty great job of it, and really, it's worth buying for Phil Winslade’s art work alone! The covers aren’t bad either!

Well, I guess that would all be academic unless she can beat a super powered rabbit in mortal combat, because otherwise, “EXPLODO!”