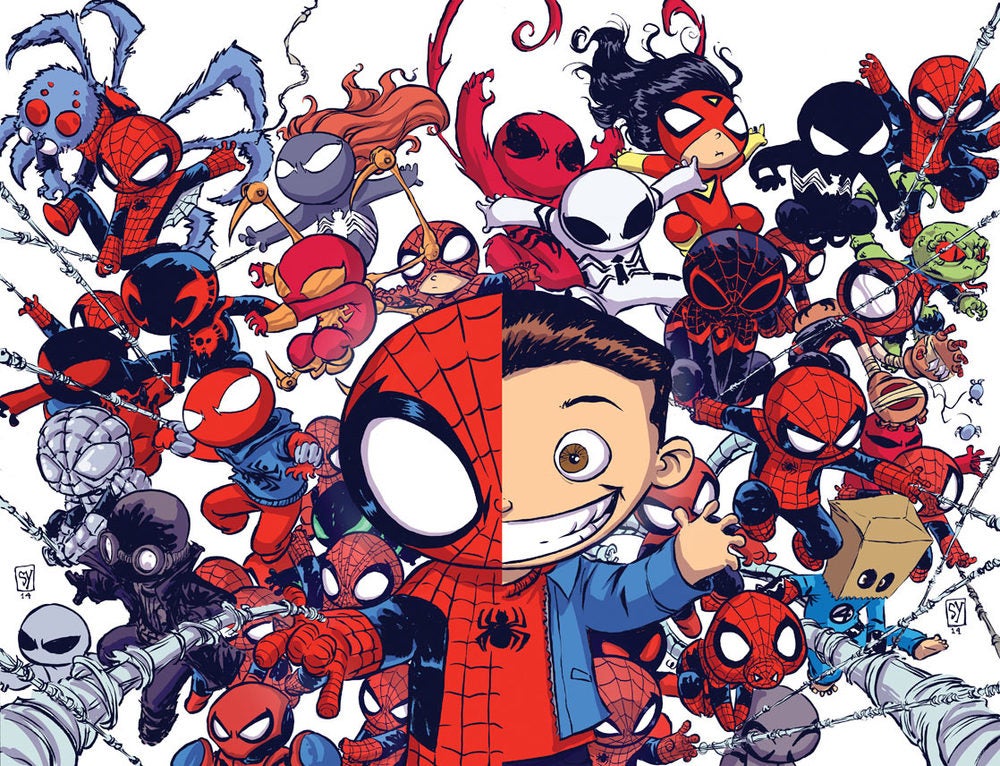 The odds seem incredibly long that Dan Slott might actually be referring to today's big Marvel Studios movie announcement, but he has just dropped a very deliberately teasing tweet.

Set your watch. Your next Spider-Man related freak out is on the way... :-O

Slott knows that the timing of this tweet, as we're all siting around watching the clock and waiting for the big show to start - less than an hour now! - will get help get his comment a lot more attention.

And maybe, maybe, maybe there's a tiny sliver of a chance that Kevin Feige and company are about to announce Miles Morales joining the MCU, or some kind of Sony-Marvel team up to bring Andrew Garfield into The Avengers. I mean, if Sony were ever going to be in the mood to join a tag-team, I think it would be now.

But far more likely, Slott's using the increased excitement about Marvel and their characters this afternoon to get the spotlight onto his Spider-Man comics. And I can't say I blame him, and so I guess I'm kind of playing along. Marvel's comics shouldn't be the poor cousin to their film and TV projects.

Though... wow... Andrew Garfield in The Avengers and a Miles Morales movie, that would be worthy of this big, Apple-style press conference. What a nice dream.