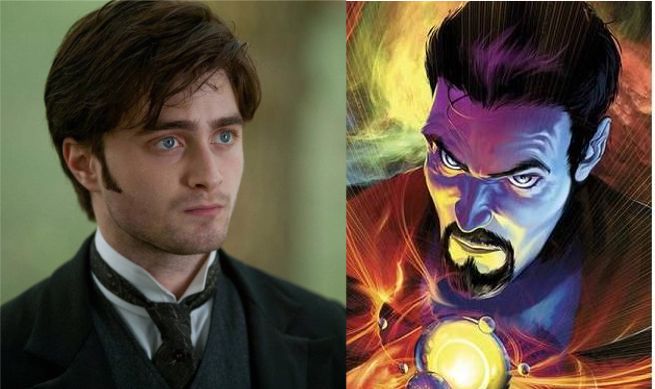 Could Daniel Radcliffe be up for a role in a Marvel Studios film? In a BBC radio interview with Edith Bowman, Radcliffe let it slip out that he had recently talked to Marvel.

When Bowman brought up that Radcliffe went to Comic-Con dressed up as Spider-Man, Radcliffe said, "I went as Spider-Man this year. Which is half childish wish fulfillment to actually be Spider-Man and half that's the only way that I could have walked around the floor at Comic-Con. "

Radcliffe added, "I actually talked to some of the guys from Marvel not long ago, and they were saying 'We're just going to wait for somebody at Comic-Con to build an actual Iron Man suit, and then we're just going to buy it and use it for the film.' Like they can't wait for that to happen."

Radcliffe didn't offer any further details on his conversation with Marvel. Considering that Radcliffe said the conversation was not long ago, it does bring up the possibility of a role in Doctor Strange, which is heavily rumored to be the next film that Marvel will officially announce a release date for.

Then again, it's always possible that Radcliffe was just talking to Marvel in general, and it had nothing to do with a movie role.

Charlotte Flair's WWE Absence is Due to "Personal Reasons"