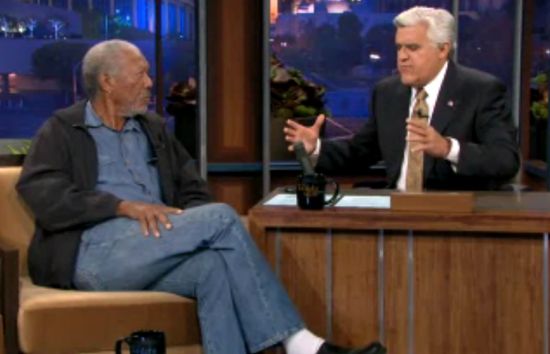 But still we’re talking about an Academy Award winning actor, and he’s not going to put his reputation on the line with high praise for just any movie. Here’s what Morgan Freeman has to say about The Dark Knight Rises when he appeared on the Tonight Show on Wednesday night. Freeman said, “This one, we thought we’ve been talking about this and saying, ‘he couldn’t possible, talking about Chris Nolan, he couldn’t possible top himself after Dark Knight.’ He did it. Yeah, this one was one of the most fantastic movies I ever saw.”

Dark Knight Rises Review: Morgan Freeman, “One Of The Most Fantastic Movies I Ever Saw”

Report: WWE Booking Changes Coming Once Live Crowds Are Back