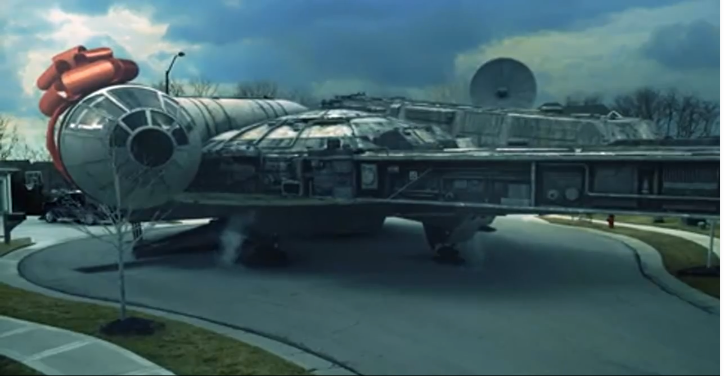 What do you get the Star Wars fan who has everything this holiday?

Well, might as well go big and buy them a Millennium Falcon. At least, that what this generous wife does in Disney World’s advertisement for Star Wars Weekend. In the ad, a poor old Star Wars fan laments when another Christmas comes and goes with only a pair of Star Wars pajamas to show for it. That is, until his wife directs him outside for the real prize. See, kids? When you pout hard enough, you always get what you want.

You can check out the ultimate Christmas in the video below.

As great of a present as a trip would make, we think we'd still prefer Han Solo’s ride for the Holidays.