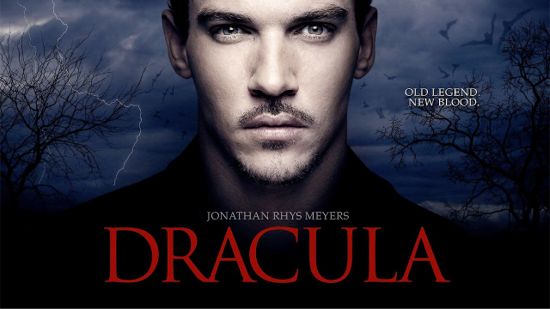 NBC may have picked up Constantine, but its presence at San Diego Comic Con International in a couple of months seems likely to be a bit smaller than it has been in recent years, as it cancelled another of its genre offerings today in the form of Dracula.

This come on the heels of the network announcing that Revolution wouldn't get a third season, and before that, Comic Con favorite Community being cancelled after five years.

Because of the cost of production, it's considered unlikely that either Revolution -- which was Executive Produced by Star Wars Episode VII director J.J. Abrams -- or Dracula will be shopped to streaming services. A number of half-hour comedies which have been cancelled over the last few days -- including Community -- are being shopped to Hulu, Netflix and cable networks for a potential lifeline.

The series starred Jonathan Rhys-Meyers and faces an uphill battle from the pilot stage; it was one of a number of Dracula projects in the works, including a feature film version from Legendary Pictures and another that was cancelled mid-production when it ran out of money.

Rhys-Meyers himself proved to be a concern for the series, when his history of substance abuse issues led to a contract structure wherein he was not paid until production wrapped on all ten episodes of the show.