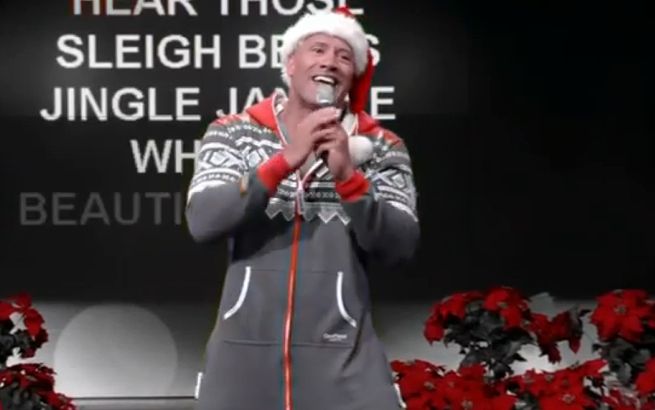 Putting all the Marvel vs. DC rivalry aside, Dwayne Johnson, who will play Black Adam in DC Comics upcoming Shazam movie, just sang some Christmas karaoke for Hugh Jackman, who plays Wolverine in the X-Men movies.

In an appearance on Live with Kelly and Michael this Christmas Eve morning, Dwayne Johnson took part in a Christmas karaoke challenge. As he kicked off his rendition of “Here Comes Santa Claus,” the future Black Adam shouted out, “This is for you Hugh Jackman.” The Dwayne Johnson singing part starts at around the four minute and ten second point in the video below.

Despite being cast as characters in competitive comic book universes, Dwayne Johnson and Hugh Jackman are good friends. In fact, Jackman credited Johnson with giving him the workout program that helped him get in shape for the most recent The Wolverine movie.