Ever since the first trailer dropped for Daredevil, one of the biggest questions on fan's minds was "What is that song?" Today, ComicBook.com can exclusively bring you the song "Beautiful Crime" in full from Tamer. From the mind of Grayson Sanders, "Beautiful Crime" is quite possibly one of the best songs Marvel could have paired for their new Netflix series, debuting tomorrow.

We spoke with Sanders about his music & comic roots, and how excited he is to finally debut the song.

Let’s start at the beginning, where do your roots in music come from?

So, I’ve been involved in a lot of different music projects throughout my life. I’m currently in a band called Snowmine, which is an indy rock band based out of New York. Looking back though, I’ve always been surrounded by creativity because my dad was a painter, my mom was an opera singer.

The Tamer project is one I’ve been wanting to do for a while. The style itself marries a few genres I’ve always really loved. It’s post-rock meets folk music. I’d imagine it’s something that would play in an open desert. I’ve always loved the desert for some reason. I blame it on the movie Aladdin.

But seriously, as I got older I got more into films by Tarantino, and the Cohen Brothers. That widescreen, bleak aesthetic is one I really relate to from a creative standpoint. So the idea of Tamer is to try and capture the grandiose and desperation. I come from a classical background growing up obviously, with my mom as an opera singer. But when I started school in New York, I almost took a 90 degree turn, getting into electronic music. I was fascinated with blending acoustics and computers.

While this track is pretty organic, it’s has some blended electronics and trip-hop influences mixed in, especially in the drumming. Some of the other Tamer stuff will be play on both sides of the spectrum which is a lot of fun to play with. 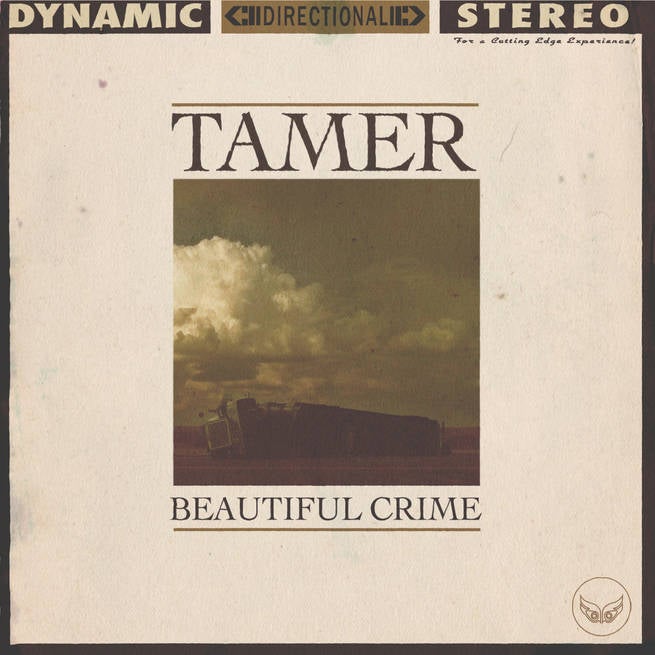 How far back does your love of comics go?

I’ve always been a huge fan of Watchmen, but lately I’m 100% all about Saga from Image Comics. It’s SO gorgeous and has a killer story. The book has such a magic to it. It has the aggression, it has the hard angles that you want in an action comic, but at the same time deals with all the delicate moments with such grace. I love how many layers of interpersonal relationships are present throughout the series and it’s just genius.

So going back to “Beautiful Crime.” As soon as the trailer hit, there were a ton of fans that were wondering what the song was. Now, with the song out, how does it feel?

I’m supremely happy that people have responded in the way that they have. It was really exciting to see how the song was used in the trailer, and then to see how people were commenting on the song. I had no idea how to gauge the demand prior, but now I know that there are people waiting for it.

Now, seeing your music cut into the trailer, was it everything you hoped?

Oh my god, I don’t think it could be paired any better. The song lends itself to being intercut with shots of the hero and villain in such a way that brings it all together. The message of the song is a bit dire, but has the sense of picking yourself by the bootstraps and pulling yourself through hard times. It’s the best music video I could have ever asked for.

So what’s next for Tamer? Can fans expect an EP soon? More single tracks?

There is definitely music waiting to be released. I don’t have a target date set yet, but there’s a ton waiting to be let loose. I’m excited to see people excited by this first track, and can not wait to see the response to the rest.