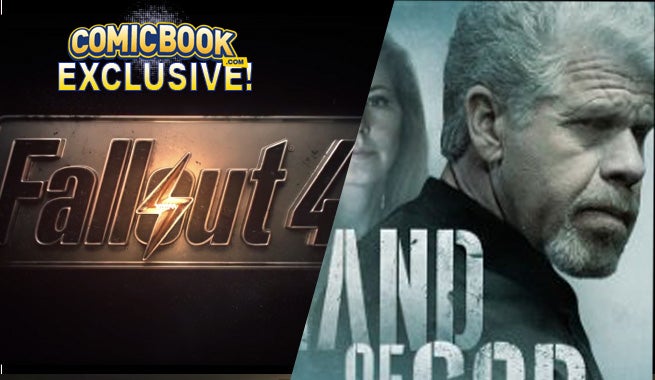 Ron Perlman is a busy guy. He recently appeared on NBC's The Blacklist, he has two movies coming out both this year and next, all on top of having recently worked on Fallout 4 and wrapping the first season of Amazon's new series Hand of God just last night.

We caught up with Perlman exclusively to talk about his rally cry directed at fans hoping for Hellboy III to come to life and also asked him about his two recent projects which have been causing quite a buzz. One of those projects was a well-kept secret, according to Perlman.

Fallout 4's trailer dropped on Wednesday and to the surprise of many, Perlman was it's narrator as he was in previous Fallout games. But, was he only working on the trailer or can we expect to hear more from him in the game when Fallout 4 is released?

"Well, if you listen to the trailer that they dropped on Wednesday, it’s all me, so yeah," Perlman explained, adding "They really wanted to keep that under wraps until such time when they were ready to make the announcement and that was a tough secret to keep. The fans are voracious and were just looking for an answer. I couldn’t give it to them. It kind of goes against my big mouth. It was kind of like being Clark Kent having a really, really cool secret and not being able to disclose it."

Perlman is also involved in Amazon's upcoming Hand of God online series. Limited word has gotten out about the project but Perlman is extremely excited about the project. "Last night was our last shot with season one. So, we are all on hiatus waiting to find out how the world responds to that and what the future is. That’s a show I’m incredibly stoked about. Maybe as much as anything I’ve ever done."

Perlman has incredible faith in those who created the series. "The guys who created that show, Ben Watkins, is… If he’s not the greatest writer I’ve ever come across in my life, he’s tied for first with any of the others," he tells us. "This is story telling on the Shakespearean level but it’s very modern day. It’s very immaculate. I’ve gotta give huge props to Amazon for having the balls to green light this because this is an unflinching look at a lot of different things and a lot of people would easily turn away from it."

For more from Perlman and how you can help Hellboy III come to life, check out the rest of our interview right here!

Star Wars: New Animated Series Rumored to Be Set in the High Republic