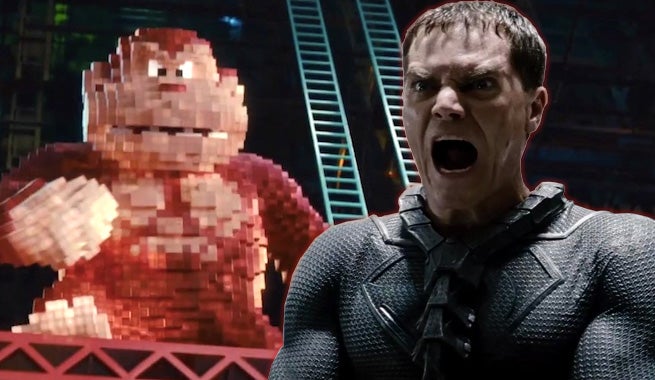 In the event that you're passing on seeing the latest Adam Sandler endeavor this weekend, Pixels, you should at least know the film has a reference to the DC Comics character, Zod.

Just before the aliens unleash a Centipede style attack in London, Adam Sandler's Brenner character gives the Navy Seasls burdened with fending off the attack a pep talk. Admiral Porter (Brian Cox) gave him quite an introduction by yelling at the young men, which warranted Brenner to call him General Zod.

In the event you're here but don't know who General Zod is - Zod was a Kryptonian soldier and his sole purpose was to protect Krypton. In addition to these attributes, Zod is also an enemy of Superman, as seen in 2013's Man of Steel.

You can see Zod (or at least his body) in Batman v. Superman: Dawn of Justice on March 25, 2016 and Pixels is now playing in theaters.