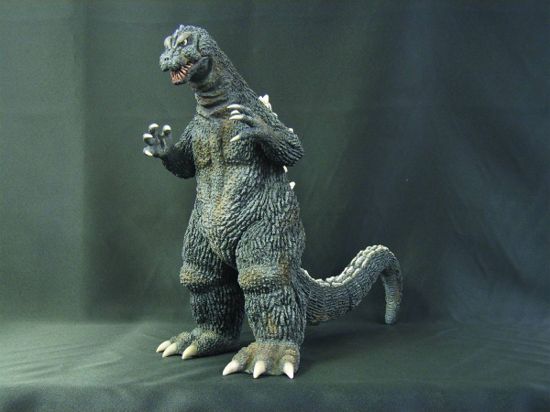 Diamond Comic Distributors has released some images of new Godzilla film series exclusives from X-Plus, which can be pre-ordered now at your local comic book specialty shop. Here's some details on the Godzilla statues.

The TOHO 12IN SERIES VARAN VINYL FIG 1958 VER (Item Code: c SRP:$160), also known as “Varon the Unbelievable,” another exclusive terrorizing monster seen in the 1958 Toho kaiju film. Featuring a menacing look of anger with spiky spines running from head to toe, the Varan figure is truly an unbelievable creature to add to any movie monster collection.

The last PREVIEWS exclusive monster is the baby Godzilla, TOHO 12IN SERIES MINILLA VINYL FIG 1967 VER (Item Code: NOV132226,  SRP: $80). Like father, like son, the young Godzilla stands at 7 ½ inches tall, looking innocent only to grow up to terrify like his father.

The exclusive Godzilla monsters, along with other versions of Godzilla collectibles are scheduled to be released in late March, 2014. Find a local comic shop at www.comicshoplocator.com. 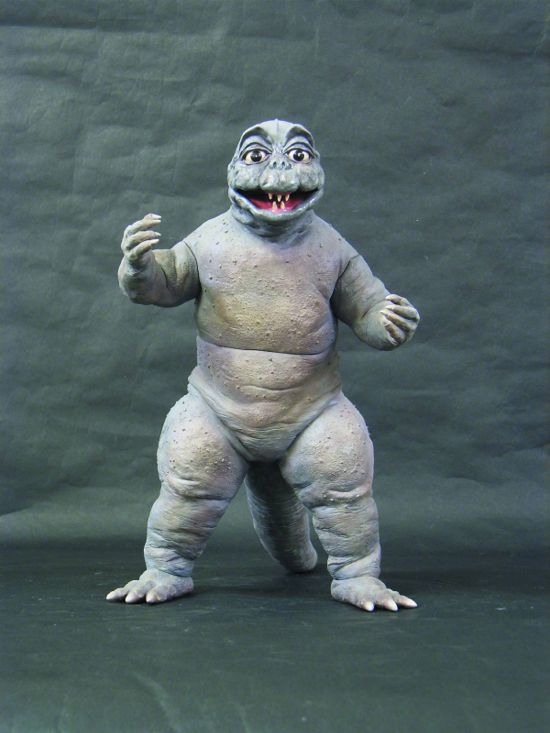 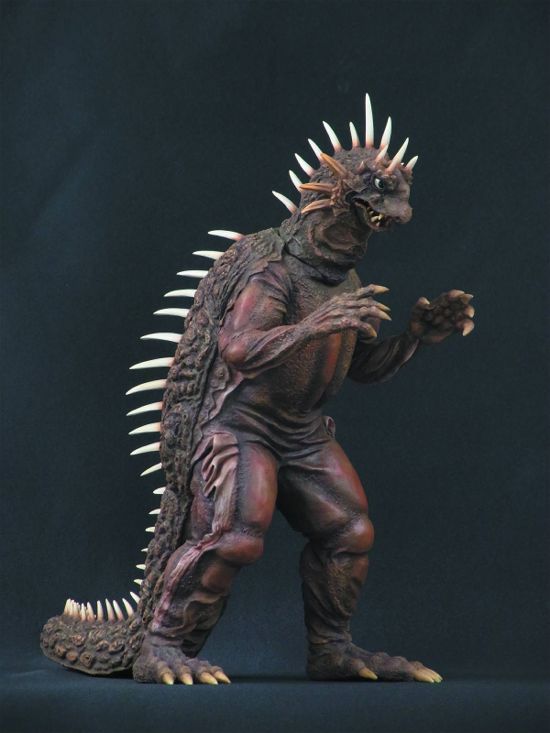