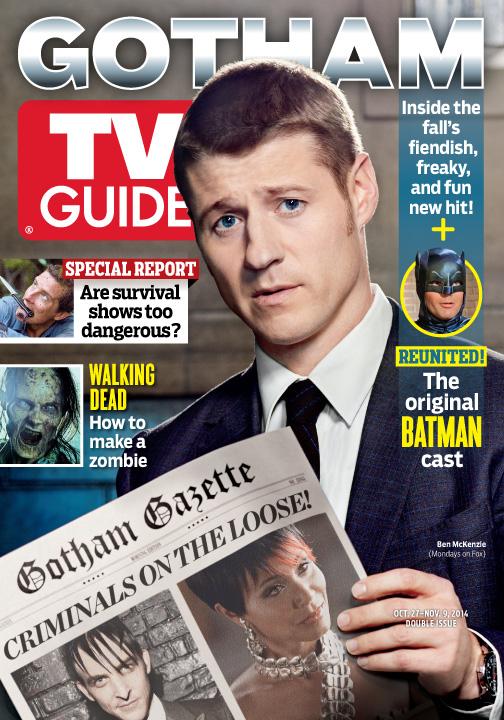 While Batman has enjoyed plenty magazine covers over the years, it's finally time for Comissioner Gordon to bask in the spotlight.

TV Guide has released the cover image to this Thursday's upcoming issue, and it features none other than the Commish himself. Portrayed by actor Ben McKenzie in the hit FOX television show, Gotham, Jim Gordon sports a non-nonense look that has come to define the character.

With a TV Guide cover in the bag, it appears that Gotham has hit another benchmark in cultural relevency. Set during a time before Batman and his iconic rogues gallery, Gotham follows a rookie Jim Gordon through Gotham City's darkest cases and capers. Even without the likes of The Joker or Killer Croc, the city still has plenty of threats to offer the future police comissioner.