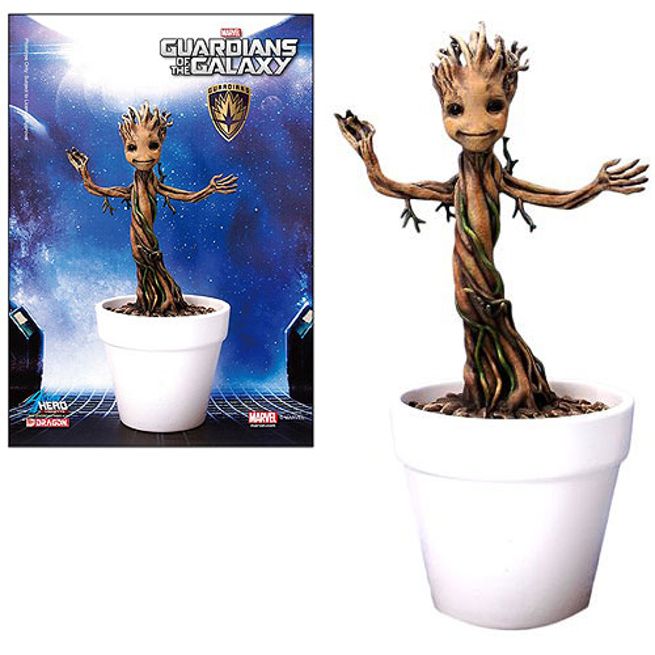 With Guardians of the Galaxy the highest grossing movie of 2014 so far, fans can expect to see a lot of Guardians of the Galaxy merchandise on the shelves this holiday season. Our guess is that manufacturers and retailers were probably caught a little off guard by the breakaway success of the film, so they are just now starting to get more product made to go along with the movie.

Of course, one of the most popular scenes in Guardians of the Galaxy is when baby Groot dances to the Jackson 5's "I Want You Back." There's already been a dancing baby Groot bobble-head announced by Funko, and now Dragon Models has announced a baby Groot model kit.

Available for pre-order through Entertainment Earth, the Guardians of the Galaxy Baby Groot 7-Inch Action Hero Vignette Pre-Assembled Model Kit is scheduled to arrive in November 2014. The highly detailed and accurate figure is pre-painted and separated into just a few parts. This means collectors and modelers can rapidly complete the plug and display process. Baby Groot is accurately colored and textured to movie likeness in a dynamic pose on a diorama base. 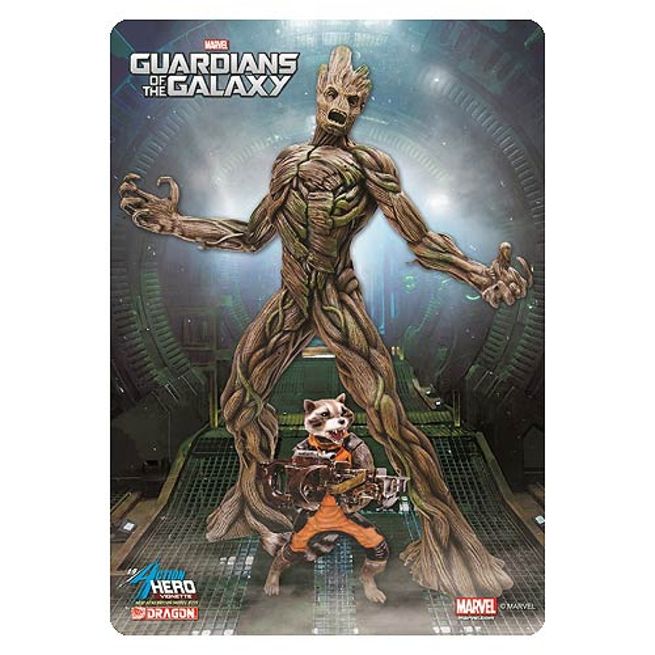 Godzilla vs Kong Makes History at the Pandemic Box Office