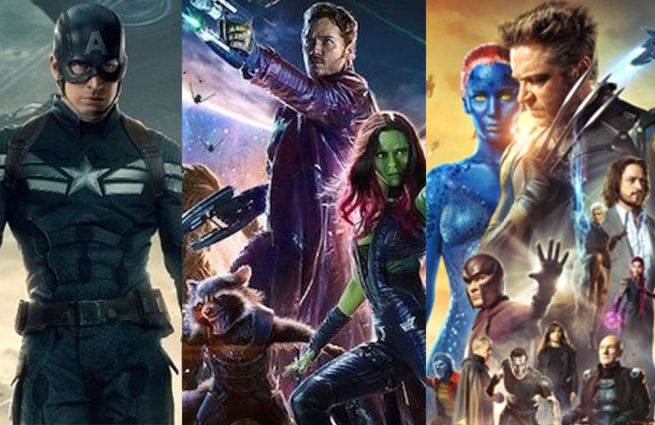 The people have spoken, and it’s clear that they like their comic book films.

The nominations for the 2015 People’s Choice Awards have arrived, and with them, a massive showing for this year’s comic book adaptations. Almost every major comic film received recognition as a nominee, with the exception of 300: Rise of an Empire (no surprise there). Nominations were determined by more than 70 million votes from moviegoers across the country.

In the Favorite Movie category, Guardians of the Galaxy, Captain America: Winter Soldier, and X-Men: Days of Future Past nabbed three of the five open spots. This makes the probability of a comic book film taking home the top prize very high.

In the Favorite Action Movie category, almost every nomination went to comic book features, with the afore-mentioned films, plus The Amazing Spider-Man 2, taking four slots. The only non-comic book showing was Divergent.

Hugh Jackman nabbed nomination for Favorite Movie Actor and Favorite Action Movie actor, thanks to his 6th starring role as Wolverine in X-Men: Days of Future Past. Chris Evans, who played Captain America/Steve Rogers in the Sentinel of Liberty’s sequel, received a Favorite Action Movie Actor nod. Robert Downy Jr. also made the list, despite not starring in any Marvel films this year.

The Favorite Action Movie Actress category also saw a strong four color presence. Scarlett Johansson from Captain America: Winter Soldier, Jennifer Lawrence from X-Men: Days of Future Past, and Zoe Saldana from Guardians of the Galaxy all received nominations for their respective performances as Black Widow, Mystique, and Gamora.