In a new interview with The Huffington Post, Marvel Studios president Kevin Feige does his best to douse the flames of some recent Marvel casting rumors...including one that we've all come to accept as fact by now.

Asked about the recent video that Vin Diesel posted of himself walking around on stilts, ostensibly to prepare for his role as Groot in Guardians of the Galaxy, Feige seemed to laugh it off.

"He's got to keep his 50 million followers, or whatever it is, entertained," he said, adding, "I think it's close. I think it's close to being official for the Groot character. But, not 100 percent yet." 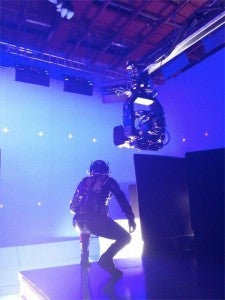 He also reiterated comments that Diesel himself has made about the plan for him to appear in Guardians having come together at San Diego Comic Con International this summer.

He also downplayed recent reports that Marvel's choices for the Ant-Man lead have been limited to Joseph Gordon-Levitt and Paul Rudd, saying that while he likes both actors, it's essentially just speculation at this point.

"Sometimes it's because we are legitimately talking, and sometimes it's just because he's a prominent actor out there now," Feige said when asked about the persistence of Joseph Gordon-Levitt rumors for nearly every new Marvel role. "And lots of rumors surround prominent actors." He added, "Well, nothing is true yet. I like Paul Rudd, too."