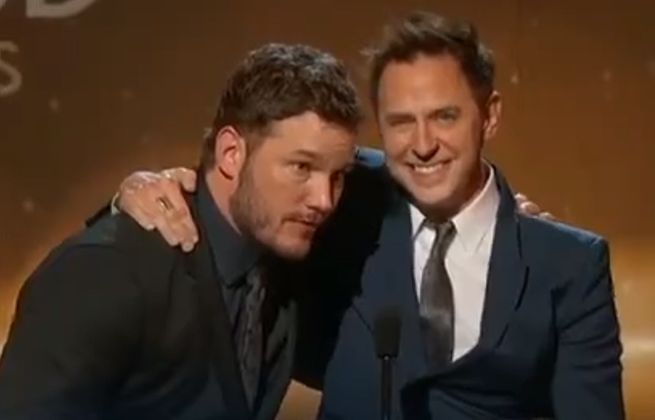 After Pratt thanked his wife, God, and the fans, director Gunn delivered an epic acceptance speech. “Guardians of the Galaxy is a movie about a bunch of outcasts who find a family with each other,” said Gunn. “And this is a movie made by outcasts. Two years ago, I was a cult film director, Chris was the chubby sitcom sidekick, Zoe was this crazy woman from Queens, Dave Bautista was this wrestler that nobody took seriously, and we came together and made a movie with all of our hearts and souls for outcasts.”

Gunn added, “This award isn’t ours, and it isn’t the great Kevin Feige at Marvel’s. It actually belongs to all of the outcasts out there. For every oddball, outcast, geek, nerd, this is the movie for you, this is the award for you. For anybody who’s ever felt left out and alone, this is for you. Thank you so much. We love you. We are Groot.”

AEW's Chris Jericho Reportedly Out For Several Weeks with Injury