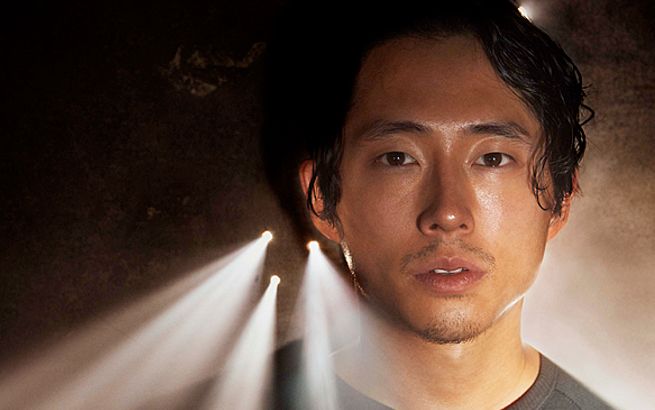 Steven Yeun is a popular Korean American actor, who is best known for playing Glenn Rhee on The Walking Dead.

In the world of The Walking Dead, where characters often get killed off, Yeun is one of the few actors, who has appeared on all five seasons of the hit television series. Yeun plays Glenn Rhee, who is in a romantic relationship with Maggie Greene on the series.

In addition to The Walking Dead, Yeun has also appeared on such TV series as The Big Bang Theory, Law & Order: LA, Warehouse 13, and more. Yeun is also a voice actor, having voiced the role of Wan in The Legend of Korra animated series.

In addition, Yeun is voicing the role of Tony Chu in a Chew animated movie, which is based on the Image Comics series.