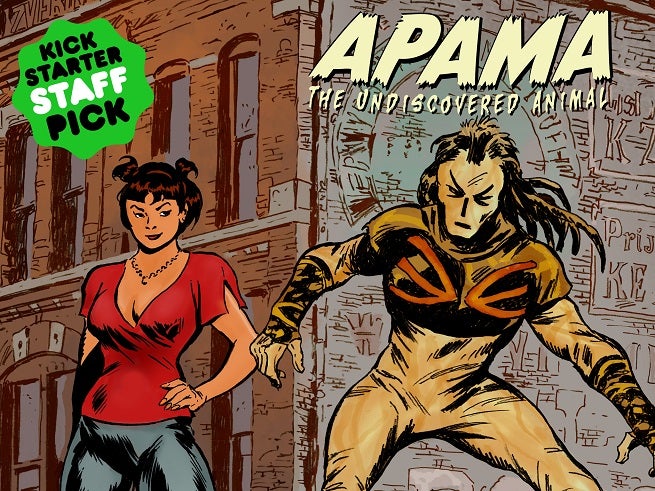 Ted Sikora has been telling stories set in and around the world of Apama for nearly a decade now.

His acclaimed, indie superhero feature Hero Tomorrow featured David, a struggling comic book creator from Cleveland, who spends his days cutting grass and his nights smoking it while desperately trying to keep his superhero fantasies alive. When Robyn, his aspiring fashion-designer girlfriend, makes him a Halloween costume of his original character Apama, it doesn't take David long to hit the streets and begin blundering towards disaster.

In the pages of David's comics, Apama was hyper-competent and badass. Obviously, he didn't live up to the bar he set for himself. And while Apama returned in a self-titled comic book also written by Sikora, where it got interesting was that the comic was more a real-world manifestation of David's comic than anything else; it was totally unconnected to the story of David and Robyn, and depicted Apama totally straight, without the embarrassing blunders or comedic overtones of the film.

A Kickstarter campaign launched at the beginning of October to fund a hardcover, collected edition of the comics, which have been released primarily through comiXology's Submit program.

The project includes a ton of extras, including pin-ups by creators like Ron Frenz, Sal Buscema and Bob Burden. It was fully funded within a week, with additional rewards including a first-time-ever Blu-ray edition of Hero Tomorrow.

As the Kickstarter campaign goes into its final 48 hours, we spoke with Sikora about what his plans are for the characters and the franchise, and why he's still urging potential readers to buy in for a physical book. 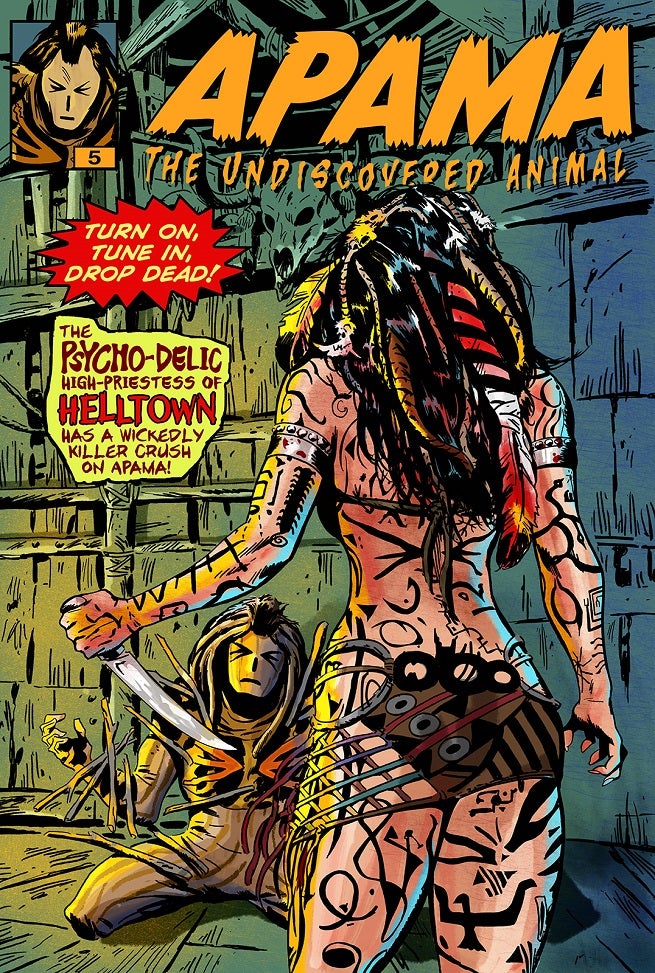 Besides the Apama hardcover and Hero Tomorrow, there's a third element to all of this, no?

Well, in Apama #5, we introduced this new villain who was intended to be Apama's arch-nemesis. Thinking about where she came from, this whole other screenplay idea jumped into my head. So it's a stand-alone piece that takes place in 1969 and it is related to the Apama comic book world; it's the origin of how this woman becomes this character before Apama is even born. It's being shopped around right now.

Apama appears to have some real women problems! Not only does he have a female archnemesis, which is pretty uncommon for a male hero, but Jocelyn [Wroczek, who played Robyn] kicked the crap out of him in Hero Tomorrow as well.

I think we're really inspired by what Stan Lee did back in the '60s, creating that rogues' gallery. I was thinking that every arch-nemesis of a male character tends to be a male. And we're trying, anytime there's a cliche, to turn it on its ear. So we've got a female for him.

And his parents are both still alive!

Why don't you give us the elevator pitch for the hardcover, for anyone who hasn't seen the movie or read the comics? 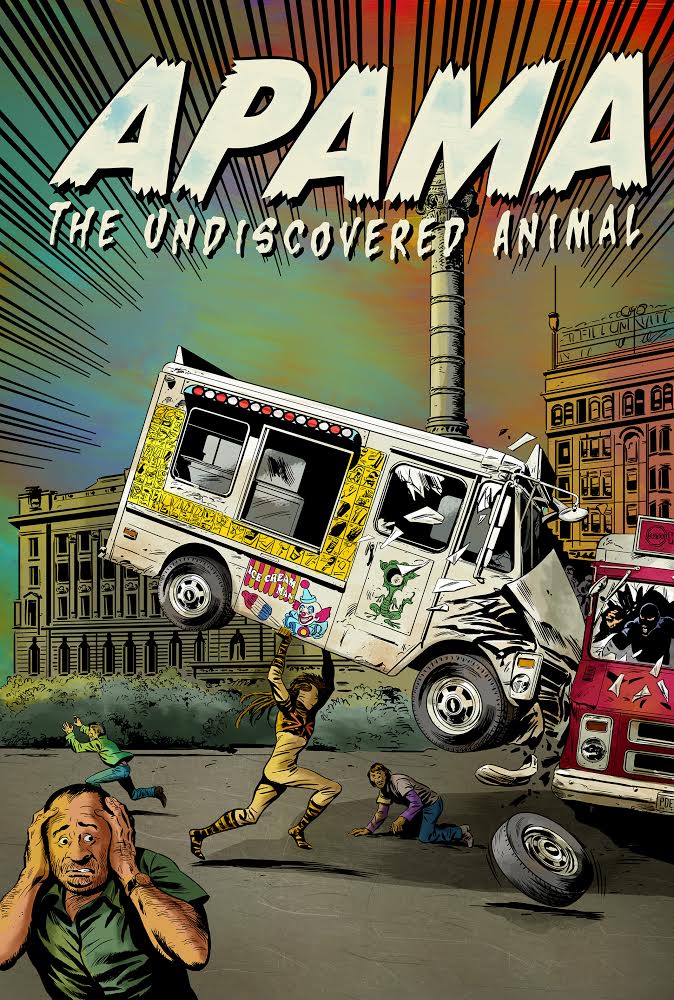 I think generally it's better to not even get into Hero Tomorrow.

The idea here is, there's so many great characters that are based on creatures of nature and we thought, how cool would it be if there was another creature that was so powerful and stealth that it was never discoered by modern man? And that's what this Apama is. What we have here is a situation where a regular guy comes upon the spirit of this Apama creature.

I think what's unique in our book is that it's in a world that's relatable. Cleveland gives a kind of mid-sized city vibe and it's not populated with all these characters and this history. Everything that's happening, is happening for the first time and not everybody is ready for it.

And he's got a different kind of alter ego. He's not a great warrior like Logan and he's not a genius like Peter Parker; he's based loosely on the guys I used to change tires with at my dad's shop. I thought, what if this guy who's really an everyman gets this huge amount of power? And he's not that smart. He makes decisions that you'll scratch your head at, but we all know people like that and I think that's what interests us about doing this. We weren't going to do it unless we felt like we really could do something unique within the genre.

How did you make the move from doing essentially a parody movie to doing a comic that plays this character very straight and earnest?

Well, I write the book with Milo Miller and we ended up with an artist from Spain named Benito Gallego. When we first saw Benito's work, we thought he had such a classic feeling, it felt like the books we read when we were growing up in the '70s.

So we still have thought clouds, we have a lot of melodrama, but putting it in the present day, I think, gives it a lot of flavor.

We just love making these books. We didn't really have a place to distribute them until comiXology Submit came around. We submitted to that, we were accepted and we started putting it up online and it's been going over really well. With issue #5, we felt we had a really nice, openin arc and we introduced this villain who's going to be a real turning point in the series, so that's why we decided it was time to do a collection.

Check it out at the link above. Apama is on Kickstarter for two more days.