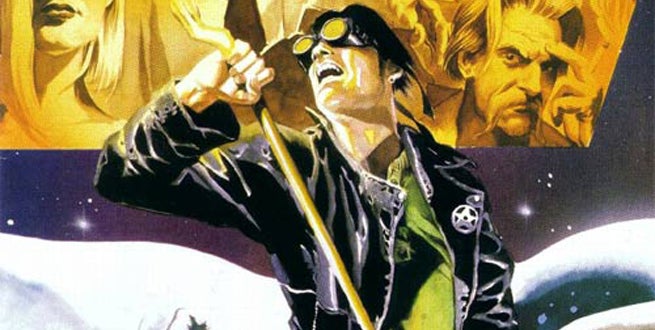 Announced Monday afternoon at Machinima's Heroes Rise event in NYC, DC Entertainment is teaming up with the channel and Blue Ribbon Content for a new competition reality show. The series will feature eight contestants competing to create their own live-action short based on DC's Starman series.

CCO Geoff Johns, who leads DC's hit live-action TV series and more, will judge the competition alongside guest judges including DC creators, celebrity special guests, and more. Each episode will feature an elimination challenge where the competitors have one shot to stick around and get their shot at Internet stardom.

"There's no better time to be a creator today," Johns said in a video announcement of the project. All the shots in the video of Starman were from the James Robinson run on the series. No premiere date on the show was announced.