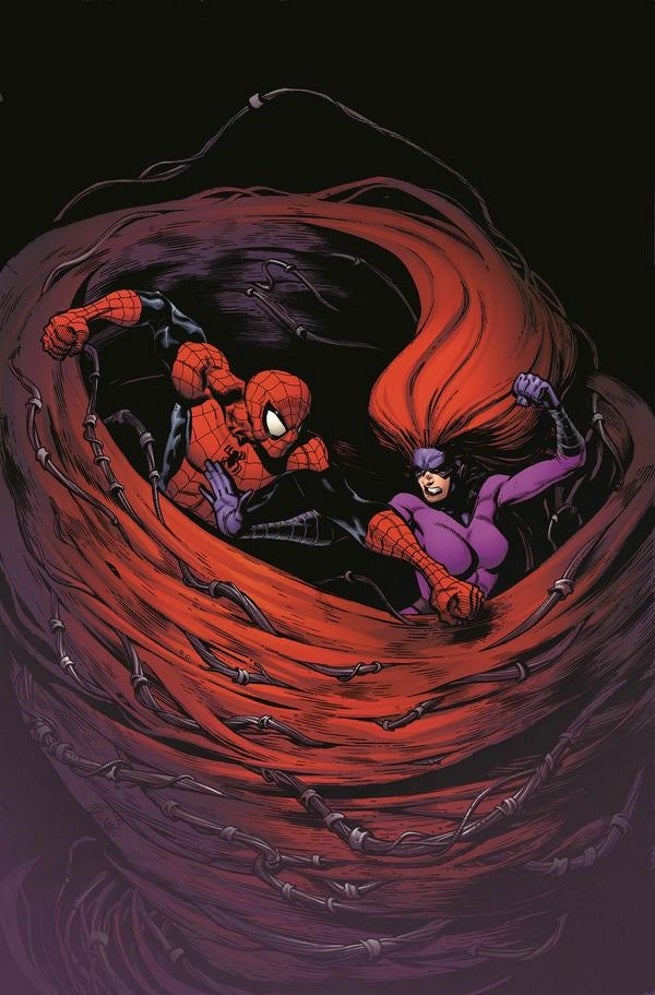 Marvel Entertainment has revealed the cover to Inhuman #10, via their Twitter feed. The cover was drawn by Ryan Stegman, and features the Inhuman queen, Meduas, battling Spider-Man.

Those following Marvel’s AXIS event will know that Medusa was “inverted” during the battle with the Red Skull on Genosha, leaving her with a much more self-serving disposition than she previously had. When the inverted Avengers turned on their comrades, Spider-Man and Nova were the only heroes to escape Avengers Tower, eventually joining up with Steve Rogers and Magneto.

Exclusive first look for our #Marvel fans: INHUMAN #10 cover by @RyanStegman (out 12/17), with Spider-Man vs. Medusa! pic.twitter.com/xULH3pVxj7