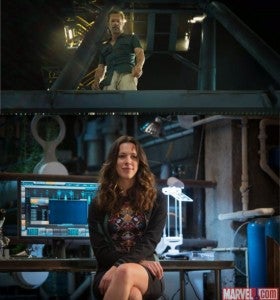 In the last week, Marvel has released a new Iron Man 3 photo of Rebecca Hall as Maya Hansen and a new Iron Man 3 sneak peek video that shows another glimpse of Guy Pearce as Aldrich Killian. Based on the two photos and some photos Comicbook.com took of the Iron Man 3 filming in Wilmington, North Carolina we’ve put together a minor spoiler.

So where are Maya Hansen and Aldrich Killian? They are at the Port of Wilmington in Wilmington, North Carolina. At least that is where the scene was filmed, we’re not sure what the location will be called in the actual movie. What we do know is that Port of Wilmington filming that was done for Iron Man 3 was some of the most extensive filming done for one of the biggest action scenes in Iron Man 3.

Iron Man 3 did overnight shoots at the Port of Wilmington for several days this past summer. They had to film overnight as in order not to interfere with the port's daytime business, but the scenes involved all night long filming. While they had the set pretty well blocked off, the scenes involved lots of smoke, explosions, and helicopters.

In the comics of course, Maya Hansen and Aldrich Killian are the scientists working on Extremis. So the spoiler is the two new images show the two together in the same location right before there is a major attack. It could be Maya and Aldrich are working together and are attacked by The Mandarin, or it could be that Aldrich is behind the attack.  In addition to the photo from the port filming below, we've also included a fun photo that gives you an idea of how high up Guy Pearce looks to have been filming his scenes. Iron Man 3 is set to be released in movie theaters on May 3, 2013. 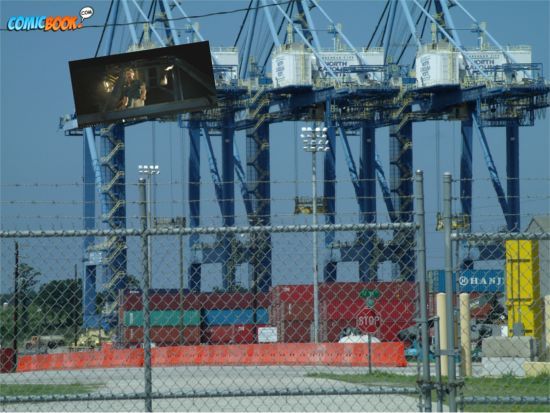 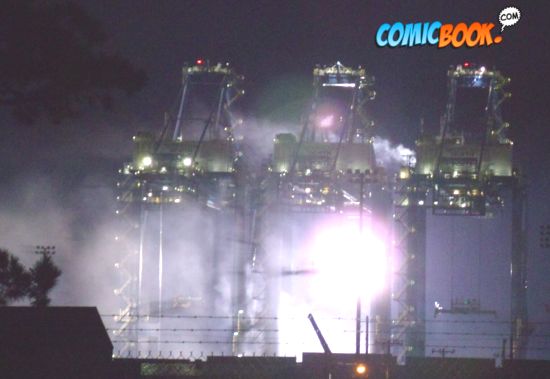