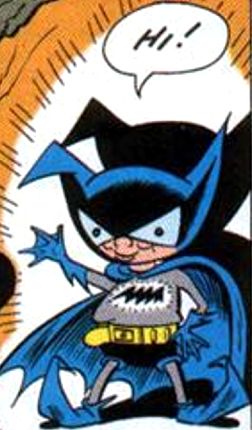 Over the last week, Comicbook.com has been bringing you parts of a talk that Dark Knight Rises executive producer Michael Uslan gave at a Film-Com event at The Great Escape. Uslan is a charismatic speaker, who knows how to keep the audience laughing with his entertaining stories.

While Uslan did his best to avoid giving away Dark Knight Rises spoilers, he did address just a couple things. Check out our lengthy recap of some of the accolades that Uslan had for Dark Knight Rises director Christopher Nolan.

Definitely, some good information, as we know many fans had been wondering if Bat-Mite would finally pop up in the Nolan trilogy. Check out the clip and the audience’s reaction.

Is Bat-Mite In The Dark Knight Rises?

Fortnite: Wolverine Trailer Released, How to Beat Him and What You Get