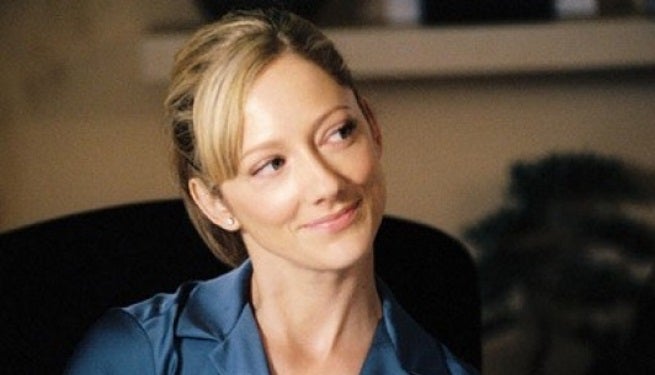 In an interview with HeyUGuys, Judy Greer revealed the first details of her character in Marvel’s Ant-Man.

Greer will play the ex-wife of Scott Lang (Paul Rudd):

I’m Paul Rudd’s estranged ex-wife. We have a daughter together and our relationship is, well, estranged, but I feel like my character is still rooting for him to succeed. I guess that’s about as much as I can say. They gave us all these papers of things we’re allowed to say and things we’re not allowed to say, and I left them in Atlanta. Sorry! [Laughs]

This fits in with Lang's comic book backstory. Greer doesn't mention her character's name, but in the comics Lang has an ex-wife named Peggy Rae, who has custody of their daughter, Cassie. Cassie later goes on to become a member of the Young Avengers, going by the codename Stature.

She also had kind words to say about Rudd:

...I’m still shooting Ant-Man and I am having so much fun with Paul Rudd, Bobby Cannavale and Peyton Reed. Those guys are so fun to hang out, and I’m excited about that one. I’m excited to see Paul Rudd as a superhero.