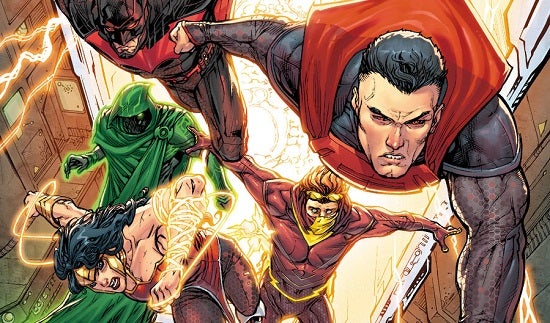 Yesterday on Facebook, famed JLA artist Howard Porter--currently gearing up for a stint as the penciller on the Keith Giffen and J.M. DeMatteis-written Justice League 3000--shared the process of creating the cover for the first issue of the new series with his friends and fans. Taking the cover from thumbnail/concept sketch all the way through the solicited, colored version (colors by Hi-Fi), Porter gave fans a peek inside his process--which incorporates both hard and digital copies of the art. You can check the images out below. 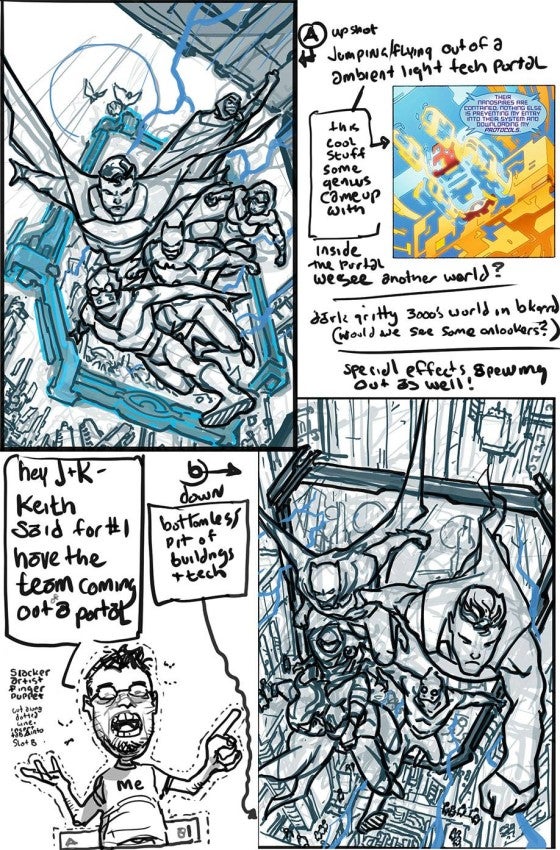 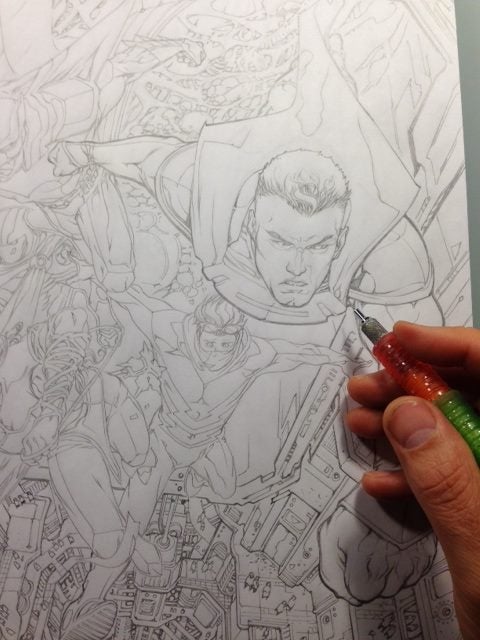 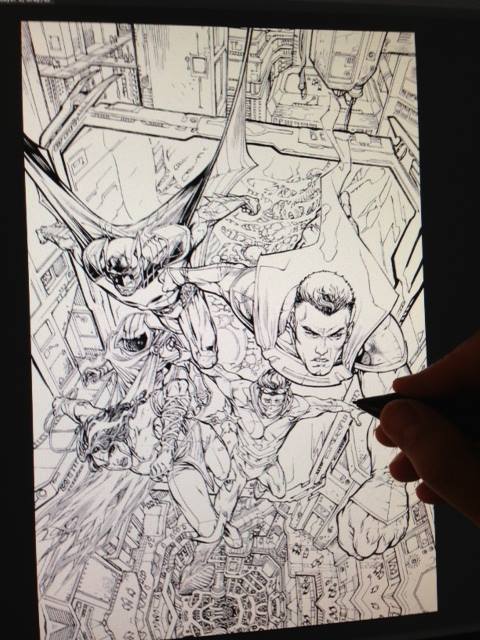 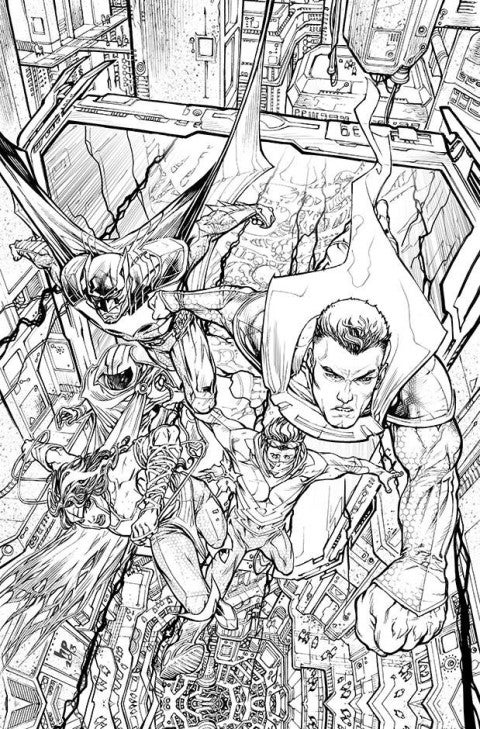 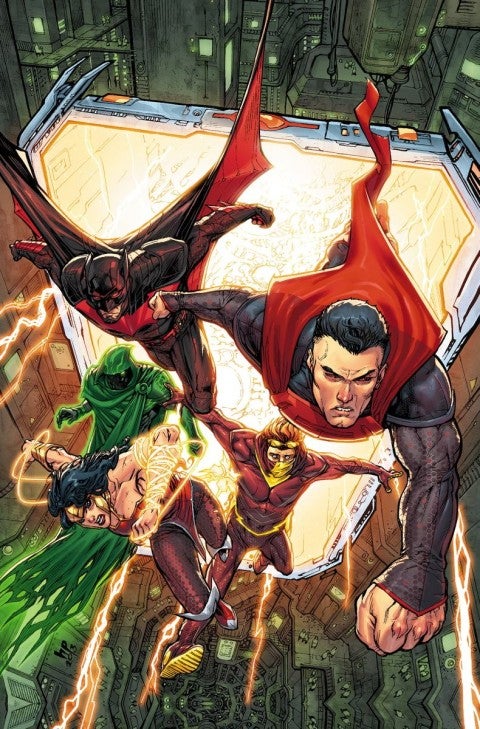 It's a fascinating case study not only because you get to see his entire process, but also because fans can compare how two revered artists will handle the same basic directive; Porter's cover is a concept (per his own notes) that came from Keith Giffen--and it's the same concept that Giffen had apparently given to Kevin Maguire, who was originally scheduled to draw the comic but was let go. You can see Keith Giffen's original cover for Justice League 3000 #1 below, featuring the same group of characters popping out of a similar portal--albeit on a wakway of some kind, while Porter's takes place in open sky. 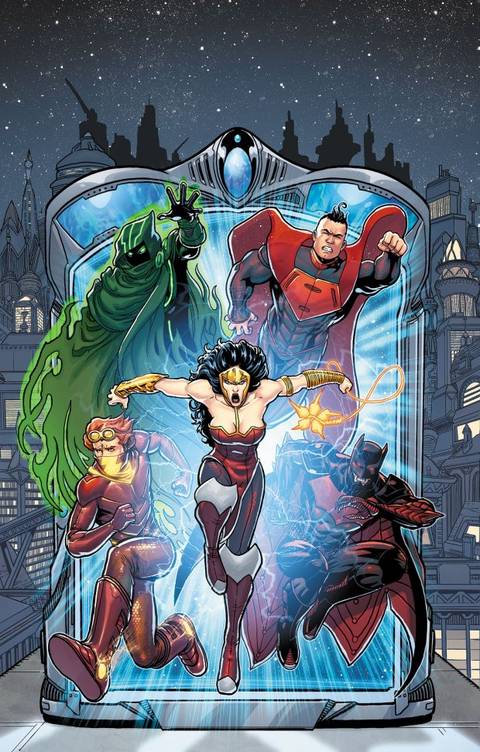 Maguire's seems a bit more practical (where do Batman and The Flash go when they fall out in midair? Does being in the 31st Century mean they've got Legion flight rings now? If so, why aren't they being escorted by whoever invited them and gave them the rings? (Alright, that last part is silly, since it would spoil a plot point.) But Porter's is a bit more dynamic, playing with poses and perspective and making things a little less predictable. It's also got a bit of a better look at the "bottomless pit of technology" referenced in the notes. Justice League 3000 #1 is due in stores on December 11.

Netflix Releases Trailer For On My Block's Final Season