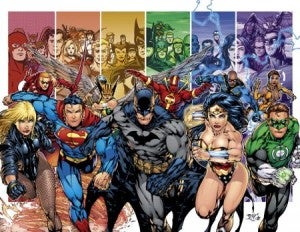 The Superman Super Site is reporting that a source close to Warner Brothers has told them that X-Men: The Last Stand director Brett Ratner, who nearly directed Superman Returns for Warner Brothers back in 2005, is among the names being considered to take on Justice League for the studio.

Early rumors were that Warner's top choice was Ben Affleck, but the Gone Baby Gone and Argo director appears out of the running for the project, leaving the rumored frontrunners as Lana and Andy Wachowski, the sibling directorial team best known for The Matrix trilogy.

Ratner is a new wrinkle--a high-grossing but often controversial director whose best-reviewed movie in quite some time was last year's Tower Heist but who followed it up by losing his gig producing The Oscars after making some homophobic remarks, and a number of disparaging comments on fan-favorite actress Olivia Munn.

"The studio is very pleased with the work that Brett [Ratner] has done as a producer and director on past projects," an anonymous source told the Superman Super Site. "They are now very interested in seeing what he can do with helping finally bring this group of iconic superheroes to the big screen!"

Neil Cole at the Superman Super Site describes Warner as"far from a decision" on the director of the tentpole film, which is reportedly due up in 2015 and, according to reports made earlier today, will feature a rebooted Batman with no connection to the Christopher Nolan continuity of the Dark Knight Trilogy.

Justice League will be written by Will Beall, the screenwriter behind Warner's Gangster Squad, which is currently in reshoots. The superhero mash-up doesn't have anyone else officially attached to it, but persistent rumors have had the film set for a 2015 release date, which would put it in head-to-head competition with Marvel's untitled Avengers sequel, out on May 1 of that year.

Justice League Movie: Another Director in the Mix?