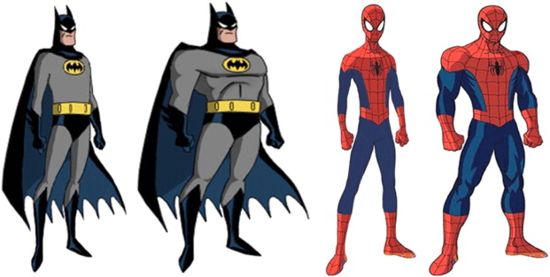 A story that often gets a lot of play in the press is how really thin and often airbrushed models on the covers of magazines can have a negative affect on women viewer’s self-esteem. While less often covered in the press, the same self-esteem issues have been said to arise in men who look at muscular figures.

With muscular superheroes dominating the box office, it was only a matter of time before someone did a study on the effects of looking at superheroes. Researchers at the University of Buffalo did just such a study that has been published in the Journal of Experimental Social Psychology. However, the results are likely to be surprising to most.

For people who didn’t have a parasocial relationship status (a fancy way of saying weren’t a fan of) superheroes, the results were as expected and the male test subjects felt bad about their bodies while looking at muscular superheroes. However, for people who did have a parasocial relationship status (were fans of) superheroes, they not only did not experience any self esteem issues but they also experienced increased physical strength.

So if you’re a comic book fan, then the next time you hit the gym, it might payoff to bring your Hulk comic book collection along to read.

Looking At Superheroes Can Make You Stronger