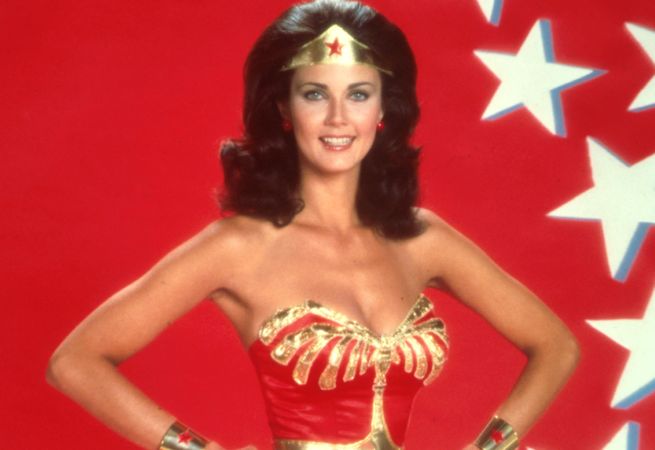 On Tuesday, Lynda Carter appeared on the Katie Couric show. Of course, Carter is most well-known for playing Wonder Woman on the seventies Wonder Woman TV series, so Couric asked Carter how it felt to be passing on the lasso of truth to Gal Gadot in Batman V. Superman: Dawn of Justice.

"Well, they didn't ask me. I kind of wanted to keep it," joked Carter. "But the truth is that I wish her well. I think it is…to play a superhero is kind of thankless in a lot of ways. And as long as they don't try to make a…they don't write it for a guy, but put a girl in there, you know grrr [making a muscle with her arms], that kind of stuff, because that's not Wonder Woman."

Carter explained, "Wonder Woman's about heart, about kindness, about righting wrongs. It's like all of us, right? It's where we live. It's all the places we live. And that's really who Wonder Woman is. All the things we do. And then, there's still that secret self that wants a pat on the back every now and then. So we come in all shapes and sizes, and I really do hope that she can bring that kind of heart to the character."