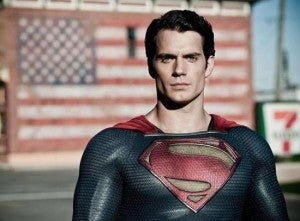 Ever since the third trailer for Man Of Steel debuted, the latest attempt at a Superman reboot has seen a resurgence in popularity. After the first two trailers for Man Of Steel, there was a lot of positive buzz, but things seemed to quieten down for awhile, as there was relatively little new material released by Warner Bros for a long stretch of time.

The third trailer seems to have taken things to a whole new level with even those who were initially skeptical and critical of the film being won over. Last year, Yahoo named Man Of Steel as one of the most disappointing movies of 2012, despite the fact that the film wasn’t even released in 2012.

Yahoo’s criticism seemed to focus on the elimination of Superman’s red briefs (something that was also done in the comics). According to the Yahoo article, “For the upcoming reboot, Man of Steel, director Zack Snyder took off Superman's red briefs. That's right, the 300 director changed the iconic uniform of the Last Son of Krypton, and he now looks as if he should be on a luge instead of fighting crime. What happened to tradition?”

Now, Yahoo (albeit with a different author) lists the Man Of Steel as #1 on their 25 Most Anticipated Movies Of Summer 2013 list. According to the Yahoo article, “We'll admit we were trying to stay cautiously optimistic about this new big-screen take on Superman, but the last trailer sealed the deal.”

The article even mentions that director Zack Snyder and producer Christopher Nolan were able to revitalize Superman “without throwing out the iconic elements we love.” Evidently, the third trailer was so impressive that Yahoo has totally gotten over the missing red briefs.