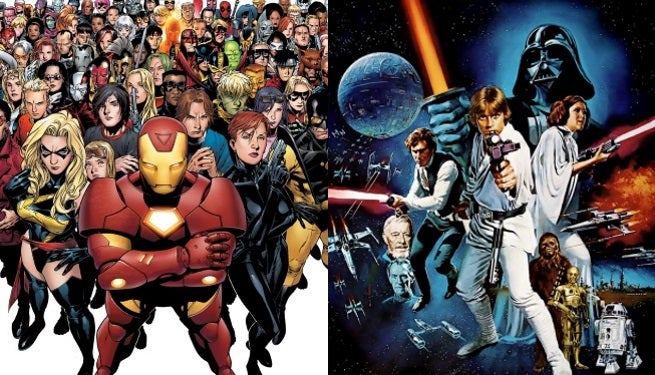 Marvel and Star Wars are two brands that have been dominating multiple forms of pop culture for decades, from, obviously, comics and film, to more recent ventures into television and books.

Now that both brands are owned by the “House of Mouse,” Disney Theatrical Group president and producer Thomas Schumacher tells The Hollywood Reporter that both properties may next be headed to the stage.

“I have been talking with Marvel about theatrical opportunities,” says Schumacher. “I have a very cool idea, but it would not be what you're expecting. There is a very interesting Lucas-oriented live event that could happen, but there's no rush on that.”

Disney Theatrical Group has had great success adapting Disney properties, like The Lion King, for theater already, so it would be interesting to see what they manage to do with less innately musical material.

Marvel has already begun branching out into the realm of live entertainment, with the “Marvel Universe LIVE!” exhibition now touring the country, though that is mostly stunt based entertainment. It’d be interesting to know what Schumacher’s seemingly unusual idea might be.

As for Star Wars, who wouldn’t want The Phantom Menace: The Musical, right?

Marvel And Star Wars May Be Heading To The Stage